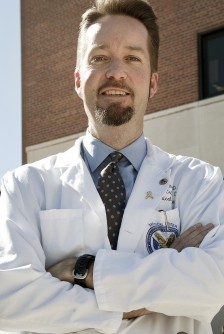 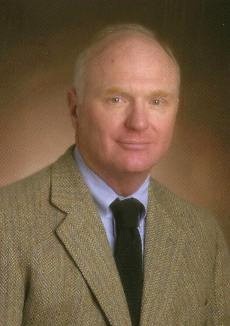 Newswise — New treatments have extended the lives of many lung cancer patients. However, even better than treating lung cancer would be preventing it from developing in the first place. An ongoing clinical trial by University of Colorado Cancer Center investigators working at Denver Veterans Administration Hospital and in association with the National Cancer Institute Division of Chemoprevention is evaluating the ability of an inhaled form of the pulmonary hypertension drug iloprost to do just that. By healing lung damage in former smokers, researchers hope to prevent dangerous lesions from progressing to cancer.

“I grew up in an era in which everybody smoked – doctors, nurses, everybody,” says trial participant Mary Walsh. Walsh, who turns 77 this month, is a former nurse at the University of Colorado Hospital at its 9th Avenue location. Early in her career, the role of nurses was limited to supportive care and Walsh remembers being one of the first at the hospital to learn to draw arterial blood, ironically so that she could collect samples at patients’ homes for doctors to analyze as part of a pulmonary study. “But did I learn to stop smoking? Absolutely not,” she says.

Then in the 1990s, “My children badgered the heck out of me,” she says. “They said they wanted me to see my grandkids graduate from high school.” Finally Walsh quit smoking in 1993.

Soon after she quit, her youngest daughter, who works as a grant-writer for the CU Department of Family Medicine, saw a flyer for an earlier version of the current chemoprevention trial. “I thought, ‘Well, I don't really want to do that’,” Walsh says. But her daughter talked her into it. “I started doing their studies in 1998 – now when they call me about another new trial, I always say sure.”

Robert Keith, MD, and York Miller, MD, have been working on chemoprevention clinical trials at the Denver V.A. Hospital since these trials started in the 1990s. In fact, Miller and Keith have become leaders in the field, not only testing possible prevention strategies in patients, but accomplishing much of the laboratory work needed to show the early promise of new chemoprevention strategies. For example, much of the researchers’ pre-clinical work has evaluated the role of a biologic molecule, prostacyclin.

“Most lung cancers have low prostacyclin levels,” Miller says. “If you maintain prostacyclin production, you have improved survival. But the stuff the body makes has a short half-life – it doesn’t stick around for long – and so it’s been challenging to make pharmaceuticals that release into the body in a way that isn’t immediately used up.”

The study drug iloprost acts a bit like an artificial activator of the prostacyclin system. More specifically, it binds to and activates prostacyclin receptors. By reactivating this system in patients who may have lost it, Keith and Miller hope to prevent or slow the cancers associated with prostacyclin loss.

“Lung cancer is an even bigger problem at the VA. There are high smoking rates in current and former military,” Keith says.

Miller explains that the current trial targets this high-risk population – age 55 or older, 20+ pack-years of tobacco exposure (for example one pack per day for 20 years), and evidence of lung damage.

“Where a river branches, logs get stuck. It’s the same thing in the lungs. We biopsied the area where the windpipe branches and it’s the people who show damage in this area that are especially likely to go on to develop lung cancer,” Miller says.

Trial participants agree to at-home inhalation treatments of the drug iloprost. The drug was initially developed to treat pulmonary arterial hypertension, a condition in which constricted blood vessels slow the flow of blood to lung tissues. Laboratory studies showed that iloprost could slow the formation of lung cancers in tobacco-exposed mouse models of the disease. Then an earlier clinical trial showed that the drug was well-tolerated, meaning that side-effects were slight enough to permit a larger trial.

In addition to possible benefit against the development of cancer, trial participants receive monitoring and learn about their lung health.

“If we can not only start discovering lung cancers earlier but go a step above that and prevent a cancer in someone who is high-risk, that would be outstanding,” says trial coordinator Brandi Bagwell.

On the day she was interviewed for this article, two of Mary’s grandkids, ages 9 and 11, had come to her house after their last day of school before summer vacation. Mary had to go: She and the grandkids were cooking a rhubarb pie.

To learn more about this trial, visit ClinicalTrials.gov (Number NCT02237183).