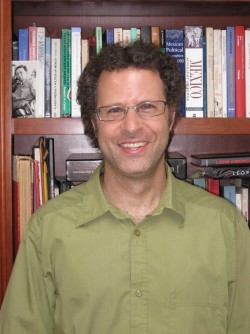 Given the recent news in Cuba regarding embassy staff cuts and a potential travel ban, I'd like to put forward Cuban expert, Professor Eric Zolov of Stony Brook University, as a source. Professor Zolov says:

"It seems fairly transparent that the Trump admin is seeking to leverage the health crisis affecting diplomatic staff— quite mysterious, to be sure — to deal a death-blow to US tourism on the island.  While it is not inconceivable that the Cuban government may have tested (or facilitated the testing by hostile governments) some sort of "sonic weapon" (as is being alleged), it certainly was not in their interests at all to do so.  The fact remains that Cuba is the safest place in Latin America for foreigners to visit.  Crime is exceptionally low and tourism is coveted by the government and understood as a source of critical revenues by the local populace.  So the "ban on US travel" is more than heavy-handed, it's retribution against (yet again) an Obama-era move that the Trump administration wishes to rescind by whatever means necessary.​"​

Eric Zolov is a specialist in Latin American history, with research interests focused on the interplay between culture, politics, and international relations in twentieth-century Latin America, with a particular emphasis on the Cold War period. His research seeks to make connections between ideological articulations, consumptive practices, and broadly defined notions of power. He is co-editor of a documentary collection on US-Latin America relations, and has a particular expertise in Mexico, the subject of his next book.

​If needed, the University has access to a ReadyCam television studio system that provides remote access to television networks.