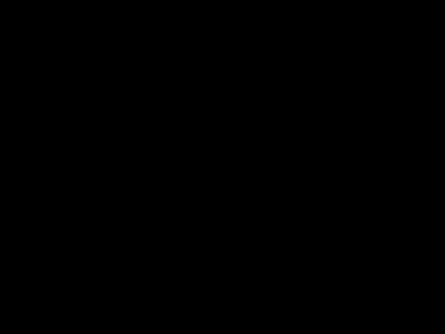 Planners in Montreal converted the rooftop of the Decarie Expressway tunnel into a community garden. 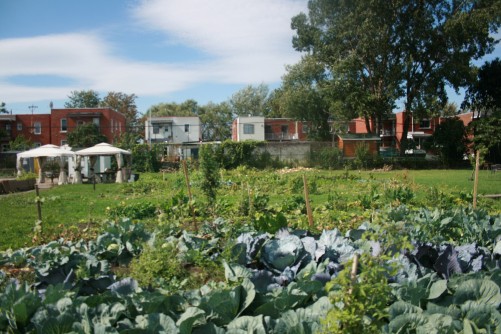 The Nutri-Centre LaSalle, is one of several urban agriculture initiatives

Montreal’s history as a city of food, culture, and immigrants provided the right mix for success. Early French immigrants cultivated gardens near their homes as well as their institutions. Convents, hospitals and hotels made use of on-site gardens. Railway employees enjoyed company garden space.

“Besides their traditional gardening skills, immigrants brought along their own fruits and vegetables to obtain food of their liking, often planting these items in their own yards and gardens,” Bhatt explains.

Other conditions pushed the growth of urban agriculture. Bhatt points to economic strains in 1973. Inflation, rising energy prices, and increasing unemployment challenged residents. These hardships brought about “a mentality shift in thinking about resources,” Bhatt says.

One such shift was Victoria Community Garden. A hospital donated the land to the neighborhood group in 1974, and the garden remains vibrant today. Other gardens began on city land. Together, these provided food security for nearby residents.

The community seized the moment. Grassroots organizations came forth. Local researchers and architects collaborated. Roofs of buildings, tunnels, and even a water reservoir became garden spaces. The city established the Beautification Office, which managed the community garden program.

Montreal’s urban agriculture had its growing pains, however. The first was with the 2002 “One Island One City” effort. Most of the island’s municipalities merged services through this initiative. However, the management of community gardens was assigned to various boroughs. The presence of urban garden spaces varied according to local pressures and needs.

A second challenge came in 2008. The city health department confirmed soil contamination on various sites. This was the unfortunate legacy of urban life and industry. The presence of heavy metals and other pollutants closed 167 plots in three locations around the city.

In 2011, however, the garden movement revived. Citizens gathered 25,000 signatures for centralized support of urban agriculture. As a result, the city formed online resources and a Permanent Committee on Urban Agriculture to promote this important activity and address community concerns.

Why the recent popularity? “Recent urban agriculture growth is not only economically triggered,” Bhatt explains. “Concerns have grown about the quality of our food. Urban context also matters as shrinking cities like Detroit allow agriculture to remake and revitalize our cities.”

Bhatt see his city leading the way. An estimated 42% of Montreal’s residents are actively involved in gardening initiatives. “Agricultural activity has become a staple of the city. The hope is that it will continue to grow, and yield not only local produce, but also stronger communal bonds and a healthier, livable, and civic-minded urban space.” 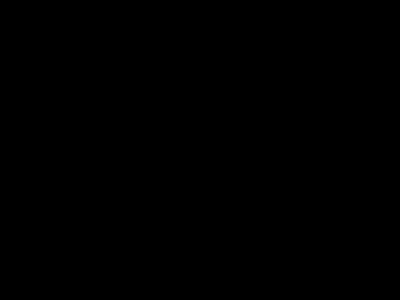 Caption: Planners in Montreal converted the rooftop of the Decarie Expressway tunnel into a community garden. 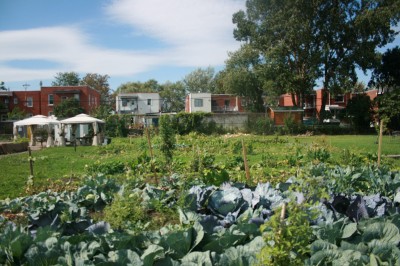 Caption: The Nutri-Centre LaSalle, is one of several urban agriculture initiatives