Monkeys are notoriously curious, and new research has quantified just how eager they are to gain new information, even if there are not immediate benefits. The findings offer insights into how a certain part of the brain shared by monkeys and humans plays a role in decision making, and perhaps even in some disorders and addictions in humans. 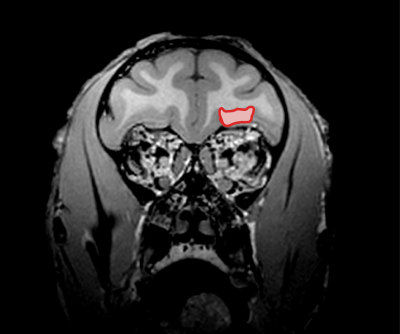 Newswise — Monkeys are notoriously curious, and new research has quantified just how eager they are to gain new information, even if there are not immediate benefits. The findings offer insights into how a certain part of the brain shared by monkeys and humans plays a role in decision making, and perhaps even in some disorders and addictions in humans.

The study, by researchers at the University of Rochester and Columbia University, shows that rhesus macaques have such robust curiosity that they are willing to give up a surprisingly large portion of a potential prize in order to quickly find out if they selected the winning option at a game of chance.

“It’s like buying a lottery ticket that you can scratch off and find out if you win immediately, or you can buy one that has a drawing after the evening news,” explained Benjamin Hayden, co-senior author of the study and professor in brain and cognitive sciences at the University of Rochester. “Regardless, you won’t get the money any more quickly, or in the case of the monkeys, they won’t get the squirt of water any sooner. They will just find out if they selected the winning option.”

In the study published in Neuron, monkeys were presented with a video gambling task in which they consistently chose to learn in advance if they picked the winning option. The monkeys did not receive their prize any sooner, which was a measure of juice or water; they were simply informed immediately if they selected a winner.

“When it’s simply a choice between getting the information earlier or not, the monkeys show a pretty strong preference for getting it earlier. But what we really wanted to do is quantify this preference,” said first author and lead researcher Tommy Blanchard, a Ph.D. candidate in Hayden's lab.

In the video gambling experiments, graduated colored columns illustrated the amount of water that could be won. The monkeys were more curious about the gambles when the stakes—or columns—were higher.

The researchers found the monkeys not only consistently selected the gamble that informed them if they picked a winner right away, but they were also willing to select that option when the winnings were up to 25 percent less than the gamble that required them to wait for the results. “One way to think about this is that this is the amount of water the monkeys were willing to pay for the information about if they made the correct choice,” explained Blanchard.

“That 25 percent was really surprising to us—that’s pretty big,” Hayden said. “These monkeys really, really want that information, and they do these gambling tasks repeatedly and never get bored of them—it's intrinsically motivated.”

According to the researchers, their study helps to build a broader understanding for how curiosity—information seeking—is processed and rewarded in the brain.

Like monkeys, when curious we evaluate what we’d be willing to pay—or give up—to satisfy our curiosity, Hayden said. And in the case of gambling, there is also the potential of a prize to factor in. So when we make a choice, it depends on the sum of those two things: the gamble (the money you might win), and the value of finding out. And those two things need to be combined in order to make decisions about that gamble.

Earlier work suggests that these components are combined in the brain’s dopamine system. This study looks at that one step earlier in the process, in a region of the brain called the Orbitofrontal cortex, or OFC.

“I think of the OFC as the workshop of economic value, where, in this case, you have the value of the gamble and the value of the information—the raw materials—but they haven’t yet been combined,” said Hayden. “This study seems to have revealed that the mixing of the raw materials happens somewhere between the OFC and the dopamine system. We now have two points in the circuit.”

“One of the reasons this research is important,” Hayden said, “is because this basic desire for information turns out to be something that’s really corrupted in people with anxiety, depression, obsessive-compulsive disorder, and addiction, for example.”

“We think that by understanding these basic circuits in monkeys we may gain insights that 10 to15 years down the road may lead to new treatments for these psychiatric diseases,” Hayden concluded.

Ethan S. Bromberg-Martin of Columbia University was co-senior author of the study.

The National Institutes of Health supported the research.