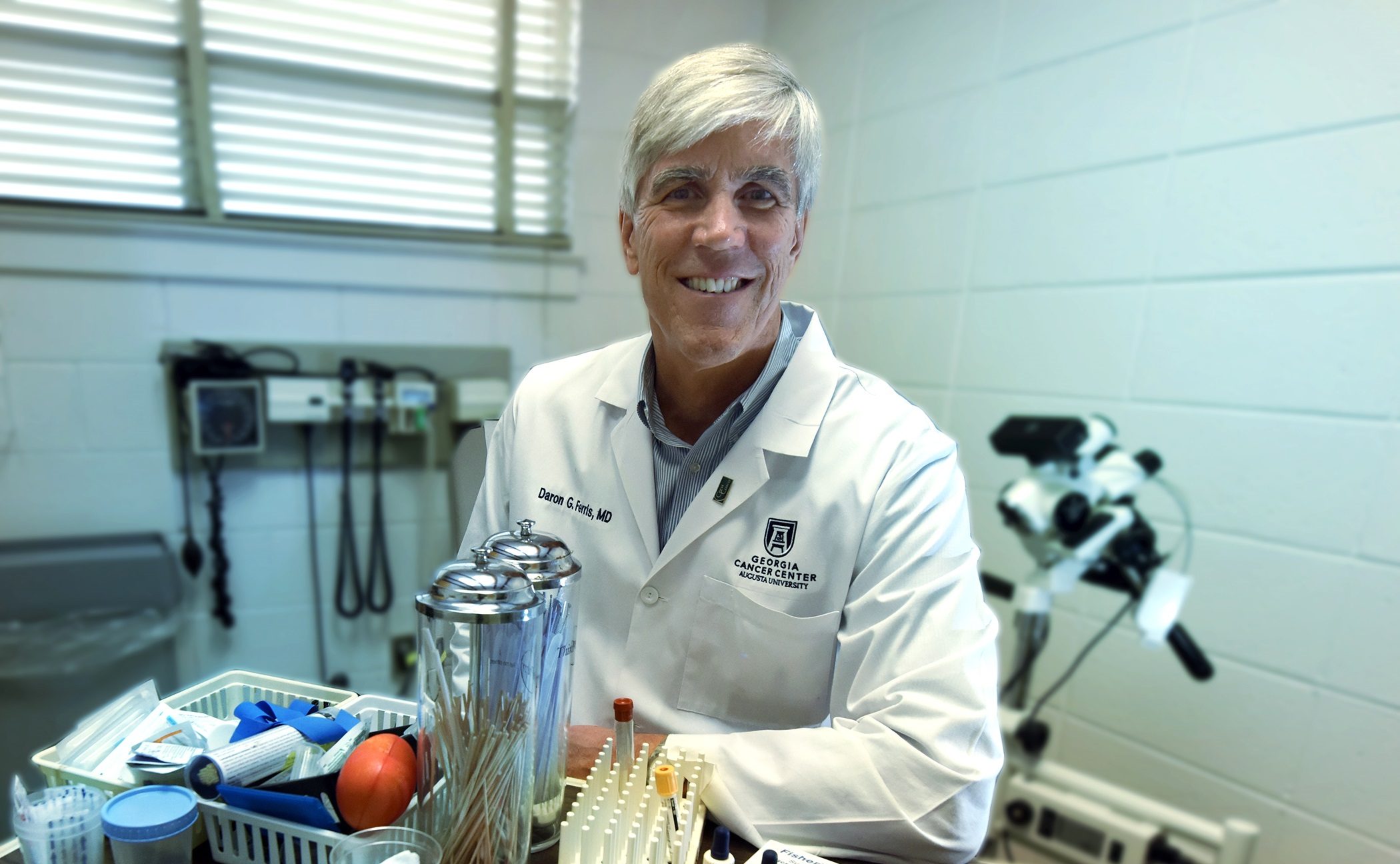 Daron G. Ferris, MD, the Founder of CerviCusco, will receive the 2020 Penn Nursing Renfield Foundation Award for Global Women’s Health for his dedication to cervical cancer prevention among the indigenous women in Cusco, Peru.

Newswise — PHILADELPHIA, PA (January 22, 2020) – Daron G. Ferris, MD, the Founder of CerviCusco, will receive the 2020 Penn Nursing Renfield Foundation Award for Global Women’s Health for his dedication to cervical cancer prevention among the indigenous women in Cusco, Peru. Ferris created CerviCusco, a non-profit organization that ensures all women, including those with limited economic resources, have access to high quality and affordable health education and care, including screening, diagnosis, and treatment of cervical cancer. Ferris will receive the award – which comes with a $100,000 cash prize – during an event at the University of Pennsylvania on April 23, 2020.

“Dr. Ferris is a leading clinician, educator, and researcher whose focus on cervical cancer treatment and prevention has improved the lives of countless women, and their families,” said Penn Nursing Dean Antonia Villarruel, PhD, FAAN. “His innovative approach to establishing health care access for underserved women, establishing international partnerships with nurses and other interdisciplinary colleagues, and building community capacity to improve the lives of women – make him – and CerviCusco – exemplary recipients of the Penn Nursing Renfield Foundation Award winner.”

Peru has one of the highest rates of cervical cancer in the world. The country of 32 million people has a large rural and poor population. The Andes region of Peru (including Cusco) is disproportionately impacted by cervical cancer, in particular. There are multiple barriers to prevention programs: physical distance to healthcare services; a lack of culture of preventative medicine; poor literacy skills; language barriers; and fear and stigma associated with gynecological issues.

As a result, the disease is often not identified until it is at an advanced stage and symptoms are present. At this stage, treatment options are severely limited. Caught early, pre-cancerous cells can be removed or treated. However, a late-stage diagnosis requires chemotherapy or radiation therapy – which is not available. This makes it prohibitively expensive for most of the population. Without treatment, many die painfully from this preventable disease. In resource-poor regions, the death of a mother places an important burden on the family. Children’s health and education suffer, prolonging the socio-economic deprivation of the next generation.

According to the International Agency for Research on Cancer (IARC), cervical cancer is a leading cause of cancer among women in Peru, with an estimated 4,000 new cases annually. About 1,800 of those women will die from the disease, making it the second most common cause of cancer deaths among women. The incidence of cervical cancer in Peru is over 50 percent more than the South American average and the mortality rate over a third higher. Taking note of these numbers, in 2008 Dr. Ferris set about changing the plight of women in the Cusco region through the creation of CerviCusco.

“CerviCusco was founded on the principles of compassionate care and medical excellence, and these remain of utmost importance to us today,” said Ferris. “We are dedicated to the people of Cusco and use advanced screening and medical technology -- not available in many parts of this region – ensuring all of our patients, regardless of their ability to pay, receive the care and treatment they deserve.  This award will ensure that our services will reach an even greater number of people, and for this, we are thankful.”

CerviCusco maintains a regional medical clinic in Cusco to deliver high quality and affordable medical care to women. It conducts outreach campaigns to disadvantaged indigenous women to provide critical preventative care and educates healthcare providers and the public about cervical cancer and screening. CerviCusco is advancing scientific discovery in the area through clinical research studies that normally would not be performed there. To ensure it has a presence for many years to come, CerviCusco develops strategic partnerships to gain further access to advanced medical and laboratory technology that will bring another level of access to much needed health care.

Since its founding, CerviCusco has crossed a significant number of thresholds including:

He has published numerous articles on colposcopy, HPV, HPV vaccines, and other women’s health subjects in such peer-reviewed journals as the New England Journal of Medicine, JAMA, The Lancet, Obstetrics and Gynecology, and Journal of Lower Genital Tract Disease. Ferris is a past president of the American Society for Colposcopy and Cervical Pathology and was the former director of the ASCCP Comprehensive Colposcopy course.

About the Renfield Award

The Penn Nursing Renfield Foundation Award for Global Women's Health was established in 2012 by the Beatrice Renfield Foundation. This award is presented biennially to a leader, or leaders, in the field of global women's health. The goals of the Award include raising awareness of global women's health issues, supporting multi-disciplinary approaches to addressing global women's health issues, and rewarding innovative strategies designed to deal with pressing issues for women. The Beatrice Renfield Foundation is led by Jean Renfield-Miller, PAR'15. The Foundation is named after Jean's sister, who devoted years of service and resources as an advocate for the nursing profession. Past winners include: Vandana Gopikumar, PhD, Co-Founder of The Banyan, India (2018); Denis Mukwege, MD, Founder of the Panzi Hospital and Panzi Foundation, Democratic Republic of Congo (2016); and Edna Adan Ismail, Founder and Administrator of the Edna Adan Maternity Hospital, Somaliland (2014).

The University of Pennsylvania School of Nursing is one of the world’s leading schools of nursing. For the fourth year in a row, it is ranked the #1 nursing school in the world by QS University and is consistently ranked highly in the U.S. News & World Report annual list of best graduate schools. Penn Nursing is currently ranked # 1 in funding from the National Institutes of Health, among other schools of nursing, for the second consecutive year. Penn Nursing prepares nurse scientists and nurse leaders to meet the health needs of a global society through innovation in research, education, and practice. Follow Penn Nursing on: Facebook, Twitter, LinkedIn, & Instagram.