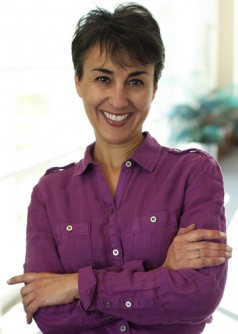 Newswise — In 2002, the FDA approved the drug imatinib as a first-line therapy for adults with chronic myeloid leukemia (CML) caused by the fusion gene BCR-ABL, known as the Philadelphia chromosome. The approval dramatically extended the lives of patients with the condition and, in many ways, ushered in the era of molecularly-targeted treatments against cancer. Now worldwide phase II clinical trial results presented at the American Society for Clinical Oncology (ASCO) Annual Meeting 2017 show the promise of the second-generation drug dasatinib, also aimed at BCR-ABL fusion in CML, in a new population, namely pediatric patients.

Of 113 pediatric patients studied, 75 percent of patients who had previously failed or did not tolerate imatinib saw progression-free survival 48 months after starting treatment with dasatinib. Of newly diagnosed patients – those who were previously untreated – more than 90 percent saw progression-free survival at 48 months of treatment. Chronic myeloid leukemia makes up about 5 percent of all childhood leukemias, resulting in about 150 cases per year in the United States.

“Despite the fact that there is a common molecular driver – BCR-ABL -- for this disease in adults and in children, the manifestation in children is different. Pediatric patients tend to have more aggressive disease,” says Lia Gore, MD, co-director of the Hematological Malignancies Program at the University of Colorado Cancer Center, pediatric oncologist at Children’s Hospital Colorado, and the study’s senior author.

In addition to the ability of dasatinib to control the condition, Gore and colleagues were interested in the speed of its effects, showing major cytogenic response (a term describing the dramatic reduction of oncogenic BCR-ABL protein in the bone marrow) within 3 months for more than 50 percent of patients who had previously failed imatinib, and complete cytogenic response within 6 months for 64 percent of newly diagnosed patients. At the time the study was designed, cytogenic response were defined as critical endpoints, Gore states, although today the ability to attain molecular remissions is the most clinically important: “Molecular remissions were outstanding as well,” Gore says, “and the molecular data will be presented later this month at the European Hematology Association meeting and in our final manuscript of the study.”

“What we saw from the patients we enrolled at Children’s Hospital Colorado and around the world, is that patients had great disease control, minimal toxicities and were really able to move into normal activities, a normal daily life. One of our long-term patients is in college now and is studying to go on to nursing school as a result of her experience,” Gore says.

Gore points out that because most cancers including CML are more common in adults, it takes fewer collaborating centers to enroll enough adult patients in clinical trials to draw meaningful conclusions about the effects of new treatments. On the other hand, because pediatric cancers are less common no single center, or perhaps not even a dozen centers, would see enough patients to test many of the newest medicines. The current trial is the largest prospective trial of pediatric patients with CML, offered at 80 medical centers in 18 countries.

“This is a perfect example of collaboration in the community of cancer research and points the way toward a new model of testing medicines against rare conditions,” Gore says.

Ongoing clinical trials hope to evaluate whether treatment with dasatinib and later generation drugs aimed at BCR-ABL fusion oncogenes will be used throughout a patient’s life to control cancer as an ongoing, chronic condition, or whether these drugs can be safely discontinued after reaching some endpoint of disease control.

“We used to think that everybody with CML had to have treatment for life. But we don’t know that now. A new generation of trials is evaluating whether some patients may successfully discontinue therapy, both in pediatric and in adult CML, and if so, who those patients are. We would ideally learn how to predict who can successfully discontinue and who needs to remain on treatment so that we are treating the right patients for the right length of time to optimize their chances for the best quality life,” Gore says.

For now, Gore says the current study shows that ”children benefit from this drug and so far, it’s very safe.”

Gore will present these trial results Monday, June 5 in an Oral Abstract Session from 8:00am-11:00am at the 2017 ASCO Annual Meeting in Chicago, IL.