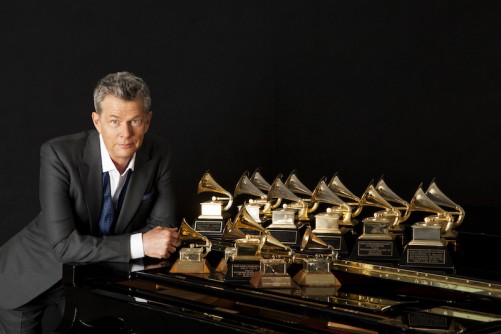 DAVID FOSTER, RECIPIENT OF THE 2017 INTERNATIONAL DISTINGUISHED ENTREPRENEUR AWARD, HAS WON 16 GRAMMY AWARDS ON TOP OF BEING A LEADING PHILANTHROPIST 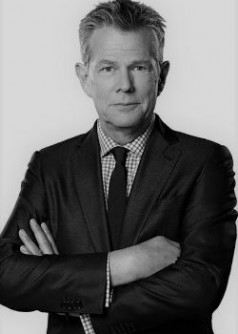 Newswise — Mr. David Foster will be formally recognized by Manitoba’s business community, academics, and students in Winnipeg on June 13 at the 2017 International Distinguished Entrepreneur Award Gala.

David Foster has been recognized for his tremendous achievements in the music industry, having won 16 Grammy Awards, including three Producer of the Year Awards, and the David Foster Foundation, which he began in 1985, has raised millions of dollars to help Canadian children who need organ transplants.

Foster is a leading philanthropist in Canada. He has volunteered his time to over 400 charities over the last two decades. His contributions to the music industry, economic life in Canada, and his charitable work are the reasons why he is the recipient of the University of Manitoba’s 2017 International Distinguished Entrepreneur Award (IDEA).

The award will be presented to Foster at a gala dinner in Winnipeg at the RBC Convention Centre on June 13, 2017, where he will receive the IDEA medallion, custom-made by the Royal Canadian Mint. Mr. Bob Silver, President of Western Glove Works, will be the Master of Ceremonies.

IDEA is presented to outstanding entrepreneurs by the University of Manitoba Business School Foundation and its Associates and Young Associates who are committed to ensuring that the Asper School of Business remains one of the leading schools in Canada. The Foundation supports and promotes the interaction between the business community, faculty and students through programs and events including IDEA.

The University established IDEA in 1984 to honour leaders who have achieved outstanding entrepreneurial and business success, and who have made an exemplary contribution to global economic life.

“The University of Manitoba is honoured to recognize the impact Mr. David Foster has had on Canadians through his music studio and visionary foundation,” says University of Manitoba President and Vice-Chancellor David Barnard. “He serves as an inspiration to all of us who seek to balance professional success with societal impact.”

“We are honoured to have the opportunity to recognize him for his significant achievements,” says Arni Thorsteinson, Chair of the IDEA Committee and President of Shelter Canadian Properties Limited. “David is one of North America’s most successful music industry entrepreneurs, and his humanitarian and charitable work has positively impacted many across Canada and the world.”

Dean Michael Benarroch of the I.H. Asper School of Business applauded the recipient choice: “I am delighted that we have the opportunity to recognize a man who has had an impact on people and communities all around the world both through his music and his philanthropic work. Mr. Foster demonstrates that success can be achieved with hard work, discipline and the willingness to take calculated risks.”

“Not only do we take enormous pride in our relationship with the University of Manitoba Business School Foundation and the Asper School of Business, we at RBC return to support the IDEA Gala each year because it celebrates extraordinarily unique and diverse talents across a variety of fields who we can all look to for inspiration,” says Kim Ulmer, Regional President. “Mr. David Foster is another wonderful example of an inspired choice who, through music, has touched us all and brought the world closer together through song.”

To arrange an interview with Arni Thorsteinson, Chair of the IDEA Committee for the University of Manitoba Business School Foundation and president of Shelter Canadian Properties Limited, please call: 204-475-9090, ext. 2202