A brilliant barrister who has argued a case before the Supreme Court and innovated in the classroom, Yellen has served as a dean at two prestigious schools of law and is known as one of the most influential figures in legal education. 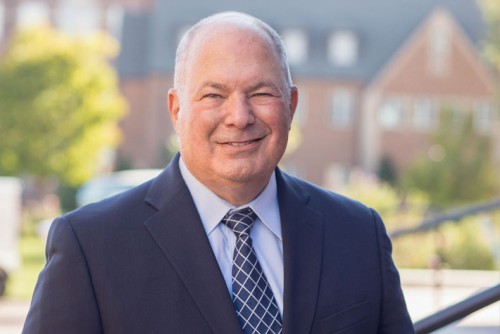 Newswise — David Yellen knew going in that it would be an uphill battle. If he were to have any chance of winning the case United States v. LaBonte, he would have to swing the votes of Supreme Court justices Sandra Day O’Connor and David Souter in his favor.

So, Yellen directed much of his oral argument at the two jurists, trying to convince them that the U.S. Sentencing Commission was right in its decision to lower sentencing guidelines for a certain category of offenses.

But still, it was an experience—arguing in front of the highest court in the land—that Yellen said he will treasure for the rest of his life.

Now, the brilliant barrister, who has served as dean at two of the nation’s leading schools of law and is the current chief executive officer of the University of Denver’s Institute for the Advancement of the American Legal System (IAALS), is embarking on a new chapter of his stellar legal career. On July 1, Yellen becomes the new dean of the University of Miami School of Law, taking the reins of an academic entity known for its legal clinics, programs, and fields of study that cut across all areas of the profession.

Yellen said he is thrilled to be coming to Miami and is committed to helping the school meet its goals.

“In everything from the achievements of the alumni to the faculty, which represent both great teaching and great scholarly work, Miami Law is a dynamic law school located in a vibrant city,” Yellen said. “I feel like I am jumping on a surfboard that is already on a giant wave that has started to crest.”

Yellen brings an extensive résumé to his new post. At IAALS, he has been a force in ensuring that the national, independent research center achieves its goal of improving access to justice and the civil justice system.

From 2005 to 2016, he served as dean and professor of law at Loyola University Chicago School of Law, incorporating distance learning into its juris doctor program and offering a master’s degree track for non-lawyers—initiatives that made the law school one of the most innovative in the country.

After Loyola, Yellen served as president of Marist College from 2016 to 2019, spearheading the planning of a new medical school, among other projects.

His major area of academic expertise is criminal law, particularly sentencing and juvenile justice. Prior to his academic career, Yellen clerked for a federal judge; practiced law in Washington, D.C.; and served as counsel to the Judiciary Committee of the U.S. House of Representatives.

It was that Supreme Court appearance that tested his legal skills like no other time in his career. “While it’s a grand courtroom, the court is surprisingly intimate. You’re standing just a few feet from the justices, and you can see their expressions,” Yellen recalled. “It’s a very intense and wonderful experience. But, in reality, the more significant aspect of handling a Supreme Court case is the preparation. The oral argument is the most dramatic moment; and, understandably, it’s what most people think of when they hear of someone appearing before the Supreme Court. But the hard work, as any lawyer will tell you, is before you get to court—researching and writing briefs. That was actually the most intense writing experience I’ve ever had.”

In the summer of 2001, Yellen had another Supreme Court encounter, this one outside the courtroom and in a much more adventuresome setting. He hosted the late Justice Ruth Bader Ginsburg in Nice, France, where she lectured as part of Hofstra law school’s summer program.

One day, strapped into a tandem harness attached to a boat, the two parasailed off the beach, with Yellen’s wife, Leslie, and Ginsburg’s husband, Marty, looking on. “By the end of the week, after several dinners and concerts, we really felt that Ruth and Marty had become our friends. I saw Justice Ginsburg from time to time over the years and rarely was the parasailing story not mentioned,” Yellen once wrote in an article he penned for Reader’s Digest.

As a little boy growing up in New Jersey, Yellen thought the two “coolest jobs” in the world were being a “60 Minutes’’ correspondent and a Supreme Court justice. “Law was one of the things that always intrigued me,” he said. His interest in the field mushroomed while at Princeton, inspiring him to volunteer at a juvenile reformatory—an experience that galvanized his fascination with law and the juvenile justice system, in particular.

Today’s law students face the tremendous challenge of having to adapt and practice their profession in ever-changing areas, Yellen said.

“Legal fields always develop as the economy develops. Technology law and health law, for example, have grown rapidly in recent years because the tech and health care sectors have become such massive forces in the economy. Law doesn’t drive that change; it follows the direction of the economy,” he explained. “So, graduating law school students entering the profession today face a world where change is rapid. In five or 10 years they will have some kind of job that doesn’t really exist today. And the biggest challenge they will encounter is developing the adaptability necessary for such a rapidly changing environment.”

It is the responsibility of law schools, using experiential learning techniques, to prepare students for that environment, he pointed out.

Yellen’s wife of 36 years, Leslie Richards-Yellen, is director of global diversity and inclusion at the international law firm Debevoise and Plimpton. The two met as law students at Cornell University. They have three adult daughters, Jordan, Meredith, and Bailey.