Dealing with Those Telltale Malodors

Incontinence is difficult to hide, causing stress and anxiety for millions 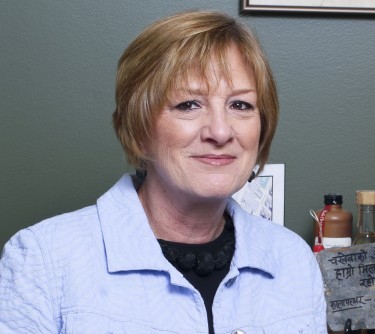 When asked to name her favorite smell, Pamela Dalton responds without hesitation. “Diesel,” she says, a look of pure pleasure on her face.

For Dalton, the scent of diesel – certainly off-putting to most of us – takes her back to happy childhood memories of outings on her family’s boat off the coast of southern New Jersey.

A major component of Dalton’s long-standing research program has focused on understanding how our beliefs and emotions modify how we process and respond to odors. ““Smell is one of our most powerful senses,” she says. “ Research has shown that pleasant odors can positively impact mood and behavior, while malodors drive negative emotional and physical outcomes.”

The fear of producing malodors – whether real or imagined -- can lead to debilitating anxiety for the millions of people who suffer from incontinence. It’s not a topic that most people willingly talk about, but incontinence affects the lives of up to 400 million people worldwide. With many underlying causes, incontinence can happen to anybody. Accompanied by telltale odors, it causes embarrassment and stigmatization that negatively impact social interactions and overall quality of life.

Now, in a new review paper entitled “Odors and incontinence: What does the nose know?” published in the Journal of Engineering in Medicine, Dalton explains how the olfactory system processes unpleasant bodily odors. Her goal is to educate the physicians treating patients with incontinence about the social stigmas associated with real and imagined odors and to provide insights on how patients perceive and respond to these odors.

“At some point we all may be faced with dealing with these issues,” Dalton notes. “As a two-time invited speaker at the Simon Foundation Innovating for Continence Conference, I was amazed at the lack of scientific information that scientists, engineers and physicians have about odor concerns in this patient population.”

Trained as a cognitive psychologist, Dalton’s research focuses on the influences that shape how we perceive odors. Her own unusual response to diesel odor illustrates how learning and experience play a significant role in shaping how we respond to most smells.

However, research conducted by Dalton back in the mid -2000s revealed a universal dislike for certain smells, specifically the biological odors related to decay and waste products.

In fact, our noses are exquisitely sensitive to the chemical signals associated with human feces and urine. These odors can be detected at parts per billion or even trillion.   This make sense from an evolutionary perspective, as they could be signaling the presence of dangerous pathogens.

Not only are our noses extremely sensitive to these odors but individuals can become hyper-vigilant to odors that they believe are unhealthy. Dalton’s research has revealed that people described an odor as being stronger and more irritating and also reported more negative health symptoms when it was described as an industrial solvent as compared to when the exact same odor was described as a potential aromatherapy agent. With regard to incontinence odors, Dalton suggests that anxiety and expectation could be leading to false attributions of odor, causing even more stress.

Another of Dalton’s studies demonstrated that women directed to focus on an odor can become more sensitive to low levels of that odor over time, suggesting that the anxiety associated with incontinence can actually cause the sufferer to become more aware of the embarrassing odors, detecting it when others cannot.

Dalton notes that these unique qualities associated with malodor perception can lead to additional worry and concern for incontinence sufferers. “You probably are more sensitive than you realize and may be misattributing other smells to your own personal odor,” she says.

By proving insight into how the olfactory system processes information related to malodors, Dalton hopes to raise awareness of physicians by providing them with a well-researched physiological explanation for how and why people respond to incontinence odors.

“The response we've seen over and over again from the medical profession, who have historically misunderstood the issue of unpleasant odors from this population, is that they find the information valuable and clinically-relevant,” she says. “Understanding is the first step in providing improved care.”