Revisiting a Career in Scholarship: On Uncovering and Empowering Voices

2-Apr-2014 10:00 AM EDT, by University of Pennsylvania School of Nursing
favorite_border 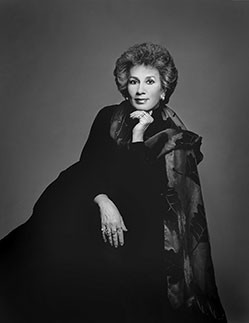 Newswise — Philadelphia – Afaf Ibrahim Meleis, PhD, DrPS(hon), FAAN, Dean of the University of Pennsylvania School of Nursing, has been named the 2014 recipient of the Claire M. Fagin Distinguished Researcher Award. The Fagin Award, established in 2003 to honor the best scholarly qualities that Professor Claire M. Fagin exemplified in her long, productive career, will be presented on April 10, 2014 and will feature a lecture by Dr. Meleis titled “Revisiting a Career in Scholarship: On Uncovering and Empowering Voices.” This annual award is given to a University of Pennsylvania nursing faculty member or a graduate from the School's doctoral program who has made a distinguished contribution to nursing scholarship. The award was first given in 2003 to Mary D. Naylor. All past recipients will be present at the 2014 ceremony honoring Dean Meleis.

Dr. Meleis is the Margaret Bond Simon Dean of Nursing at the University of Pennsylvania School of Nursing, Professor of Nursing and Sociology, and Director of the School’s WHO Collaborating Center for Nursing and Midwifery Leadership. Prior to coming to Penn, she was a Professor on the faculty of nursing at the University of California Los Angeles and the University of California San Francisco for 34 years. She is a Fellow of the Royal College of Nursing in the UK, the American Academy of Nursing, and the College of Physicians of Philadelphia, a member of the Institute of Medicine and co-chair of its Global Forum on Innovation in Health Professional Education, the Robert Wood Johnson Foundation Nurse Faculty Scholar National Advisory Committee, and the George W. Bush Presidential Center Women's Initiative Policy Advisory Council, a Trustee of the National Health Museum, a Board Member of CARE, the Institute for the Advancement of Multicultural and Minority Medicine, and the Josiah Macy Jr. Foundation Macy Faculty Scholars program. Dr. Meleis is also President and Council General Emerita of the International Council on Women's Health Issues (ICOWHI) and currently serves as the Global Ambassador for the Girl Child Initiative of the International Council of Nurses (ICN).

An internationally renowned nurse scientist and medical sociologist, Meleis' scholarly contributions have informed generations of nurses around the world, greatly influencing their education, clinical practice, and research programs. Her writings and research have advanced nursing knowledge in global health, women’s health, culturally-competent practice, and on the epistemological analysis of the discipline of nursing. Much of her life’s work has been devoted to uncovering the experiences and the voices of vulnerable women who are burdened by societal inequities, multiplicity of roles, differential compensation and rewards, and the gender divide. She used this knowledge to redefine women’s work and contributions, and to develop Transitions Theory. This theory continues to be used globally and translated into policy, research, and evidence-based practice. She also co-chairs the Harvard-Penn-Lancet Commission on Women and Health.

Dr. Meleis is the author of more than 175 articles published in peer-reviewed, interdisciplinary, and international journals. She is also the author of 40 chapters, 16 books, numerous monographs, proceedings, and policy white papers. Her books continue to be used nationally and internationally, chief among them several editions of the ground breaking Theoretical Nursing: Development and Progress and Transitions Theory: Middle Range and Situation Specific Theories in Research and Practice. Her co-edited book, Women’s Health and the World’s Cities, which is also used widely, innovatively examines the relationship between global urbanization and women’s health.

Dr. Meleis is the recipient of numerous honors and awards, as well as distinguished and honorary international professorships and honorary doctorates. Among them she holds a Doctorate of Medicine from Linköping University, Sweden; a Doctor Honoris Causa from the University of Alicante, Spain; and the distinguished Honorary Citizenship of Oporto, Portugal.

The Fagin award will be presented on Thursday, April 10, 2014.The event is open to the public and will be held in the Ann L. Roy Auditorium in Claire M. Fagin Hall, 418 Curie Boulevard, Philadelphia, PA.