Experienced medical school administrator, researcher, and psychiatrist was interim dean, College of Medicine at the Medical University of South Carolina 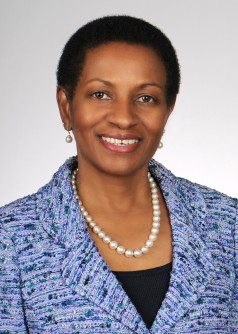 Deborah Deas, MD, MPH, has been named Mark and Pam Rubin Dean and Chief Executive Officer for Clinical Affairs of the UC Riverside School of Medicine.

The appointment was confirmed today by the University of California Regents Committee on Health Services. The Mark and Pam Rubin deanship was created with a generous gift from UCR benefactors Mark and Pam Rubin of Beverly Hills, Calif.

Deas will join UCR on May 16, 2016, moving from her previous position as interim dean of the College of Medicine and professor of psychiatry at the Medical University of South Carolina.

In making the announcement, Wilcox said:

“Dr. Deas brings an exceptional record of commitment to medical education and research, clinical affairs, and addressing the comprehensive healthcare needs of underserved communities, with a firm commitment to diversifying the physician workforce. We look forward to the leadership she will bring to our campus and community.”

Deas, who grew up on a farm in Adams Run, S.C., said, she is excited to join UCR because she is deeply committed to the mission of the campus and the school. “I know all too well what underserved populations grapple with in terms of education, employment, and health care,” she said. “The mission of the UCR School of Medicine in training a diverse physician workforce and developing programs in research and clinical care to serve these populations aligns with my passion and my values. I have advocated for progress on these issues throughout my career.”

At the Medical University of South Carolina, Deas has served as senior associate dean for medical education, chief academic officer, associate dean for admissions, and led the College of Medicine’s committee on accreditation by the Liaison Committee for Medical Education.

She also has been active with the Association of American Medical Colleges, serving in a leadership role nationally on several initiatives in medical education, student affairs, faculty affairs, diversity and inclusion, and women in medicine.

She is a recognized leader in the American Academy of Child and Adolescent Psychiatry, where she served as counselor-at-large. Deas is a leading researcher of adolescent substance abuse treatment, anxiety disorders, and depression, and has led several research initiatives funded by the National Institutes of Health and other public and private supporters. Among other subjects, her research has focused on youth binge drinking, adolescent nicotine dependence, marijuana use and panic disorder, and pharmaceutical treatment of pediatric depressive disorder. A reviewer for several academic journals, she has earned recognition as one of the U.S. News & World Report best doctors in America in each of the past eight years.

Deas was appointed to the UCR post at an annual salary of $625,000 funded by non-state sources, plus eligibility for an additional $150,000 bonus/incentive “Z” payment under the University of California’s Health Sciences Compensation Plan [APM- 670].

About the UCR School of Medicine

The School of Medicine at the University of California, Riverside was the first public medical school created in California in more than 40 years. The school has the distinctive mission of training a diverse physician workforce and developing research and healthcare delivery programs to improve the health of medically underserved populations in the Inland Empire region of California. The medical school also offers a Ph.D. program in biomedical sciences, and operates five residency training programs in the family medicine, internal medicine, general surgery and psychiatry, and primary care pediatrics (in partnership with Loma Linda University).

The school currently enrolls 150 medical students and will graduate its first class in 2017. Plans are to grow enrollment to 275 medical students, 160 postgraduates (residents) and approximately 50 Ph.D. students by 2021. The School of Medicine has five residency programs in the areas of internal medicine, general surgery, psychiatry, and two in family medicine, with additional training programs in development. The School also partners with Loma Linda University in a primary care pediatrics residency track.

The University of California, Riverside (http://www.ucr.edu) is a doctoral research university, a living laboratory for groundbreaking exploration of issues critical to Inland Southern California, the state and communities around the world. Reflecting California's diverse culture, UCR's enrollment has exceeded 21,000 students. The campus opened a medical school in 2013 and has reached the heart of the Coachella Valley by way of the UCR Palm Desert Center. The campus has an annual statewide economic impact of more than $1 billion. A broadcast studio with fiber cable to the AT&T Hollywood hub is available for live or taped interviews. UCR also has ISDN for radio interviews. To learn more, call (951) UCR-NEWS.