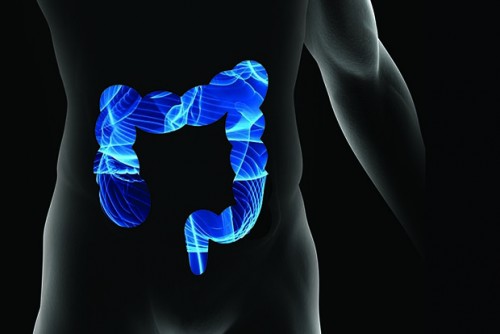 Colorectal cancer is more deadly than most other cancers. These six misunderstandings contribute to that toll, Fred Hutch experts said. 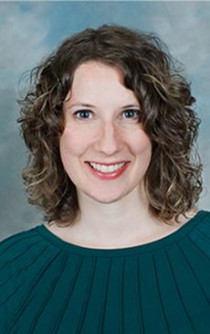 Dr. Stacey Cohen urges young people to advocate for themselves if they experience troubling symptoms. 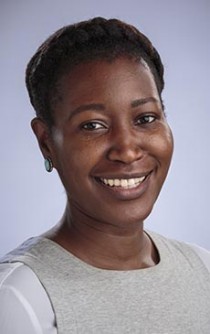 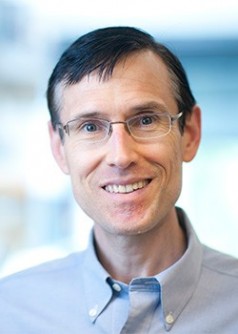 Dr. William Grady of Fred Hutch says that too many women don't realize they are at risk of colorectal cancer.

Newswise — SEATTLE — March 9, 2018 – More than 130,000 Americans are diagnosed each year with colorectal cancer, making it the second-most common cancer killer in the U.S., but common misconceptions can keep people from accessing the preventive care and treatment they might need. For Colorectal Cancer Awareness Month in March, Fred Hutchinson Cancer Research Center experts address some of the most common misperceptions they hear from their patients and offer tips for reducing risks. Also check out tips to reduce risk of colorectal cancer.

Misunderstanding No. 1: I don’t need to be screened if I’m not having symptoms
A common belief is that screening is only necessary for those who are experiencing signs and symptoms of colorectal cancer, but that’s not true, said the Hutch’s Dr. Rachel Issaka, a gastroenterologist who studies how health systems can increase rates of colorectal cancer screening. “Colorectal cancer is, for the most part, a really silent disease. It takes years to progress to a point where you experience symptoms.” Screening for colorectal cancer saves lives by detecting early cancers and precancers that are more easily treated than late-stage disease. A 2015 study estimated that 50 percent fewer people have died of colorectal cancer in recent years thanks to screening.

“We are lucky to have screening tests for colorectal cancer. Many cancers do not,” said Dr. Stacey Cohen, an oncologist and scientist who specializes in high-risk gastrointestinal cancers. By the time a patient begins noticing problems, the disease is often more advanced and more difficult to treat, she explained.

National guidelines recommend that all adults age 50 to 75 be screened for cancers of the colon and rectum. Those who have certain risk factors, like a personal or immediate-family history of colon cancer or certain precancerous growths (or polyps), should consider starting at earlier ages.

Misunderstanding No. 2: I can’t get colon cancer before I turn 50
Because the guidelines recommend that most people start screening at age 50, some assume that this group of cancers simply does not occur in younger adults, but colorectal cancer does, in fact, strike younger people. And while it’s still uncommon, the rate in this population is rising in a “pretty dramatic” way, said Fred Hutch colorectal cancer physician-scientist Dr. William Grady.

According to the National Cancer Institute’s Surveillance, Epidemiology and End Results Program, or SEER, 11 percent of colorectal cancer diagnoses are in people under age 50. That figure is nearly double what it was in 1990, when only 6 percent of diagnoses were in the under-50 crowd.

Although the recommended age to start screenings is 50, Cohen said that it’s important for anyone, regardless of age, who is having gastrointestinal symptoms such as bleeding from the rectum, persistent changes in bowel movements, belly pain or unexpected weight loss, to advocate for themselves with their doctors until they get answers.

Misunderstanding No. 3: Colonoscopy is painful
The most common colorectal cancer screening test in the U.S., and the most definitive, is colonoscopy. In a colonoscopy, a doctor inserts a long, flexible fiber-optic instrument into the rectum and intestines to look for growths and remove any that are found.

That sounds like it would be painful. But it’s not, Issaka said.

“If anything, most patients say that the prep is the most uncomfortable part of it,” she said. Patients prepare for colonoscopy by emptying their colon; this often involves eating a special diet and taking a laxative or using an enema.

During the procedure itself, patients are sedated into a “twilight state,” Issaka said, in which they are conscious and can respond to directions but don’t feel any pain and often forget the whole thing once the sedation wears off.

Misunderstanding No. 4: Colonoscopy is my only option for screening Colonoscopy isn’t the only way to screen for colorectal cancer, a fact that many people don’t realize. There are also very simple home-based tests that look for tiny amounts of blood in the stool.

“Patients with a positive stool-based test carry an increased risk of colon cancer, so completing a follow-up colonoscopy is very important,” Issaka stressed. If the test is negative, the patient is good to go until they’re due for their next test.

More than one-third of Americans over age 50 do not receive the recommended colorectal cancer screening. The most important thing is for people to get screened in any fashion, experts say.

Misunderstanding No. 5: Women don’t get colorectal cancer
Cancers of the colon and rectum are a bit more common in men, but not by much: SEER data show that about 57 percent, or slightly more than half, of new diagnoses are in men. Yet the idea that it’s a “man’s cancer” is the misconception that Grady hears the most.

Misunderstanding No. 6: Mmm … meat
A diet high in red meat is linked to an increased risk of colorectal cancer, a fact that Grady said surprises many of his patients. Many are also unaware of a potential risk from the way that meat is cooked, he added.

Meat releases cancer-causing substances when it is cooked at high temperatures or in direct contact with a flame or hot surface (i.e., on a barbecue or frying pan).

A recent review by an international panel of experts concluded that it is “probable” that eating red meat (regardless of cooking method) causes colorectal cancer, especially if one eats more than 500 grams a week. At the recommended portion — the size of a deck of cards — that’s six servings. In comparison, the evidence is even stronger that colorectal cancer risk rises if one eats just 50 grams per day of a processed meat like bacon, deli meat or sausage. (Two slices of bacon weigh in at 50 grams, by the way.) In contrast, a diet rich in fruits, vegetables and whole grains decreases risk.