December Was 7th Warmest of the Past 31 Years 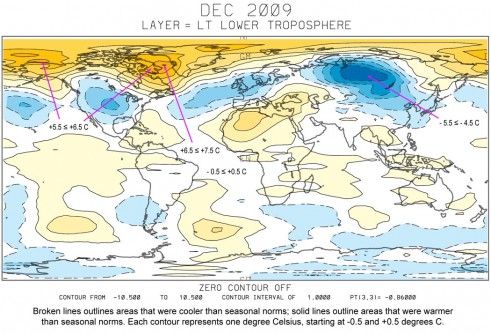 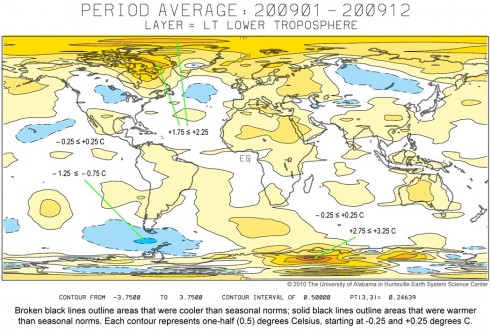 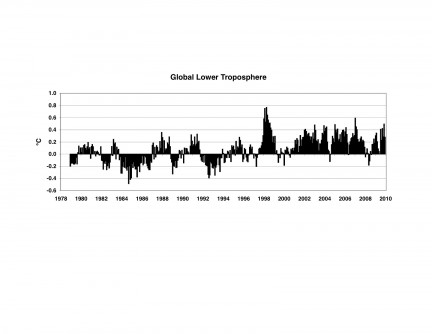 Northern Hemisphere: +0.32 C (about 0.58 degrees Fahrenheit) above 20-yearaverage for December.

An El Nino Pacific Ocean warming event kept global temperatures warmer than seasonal norms through December, with temperatures in the tropics a full 0.50 C (0.9 degrees Fahrenheit) warmer than seasonal norms, according to Dr. John Christy, professor of atmospheric science and director of the Earth System Science Center (ESSC) at The University of Alabama in Huntsville.

Powered by the El Nino, temperatures throughout 2009 were warmer than seasonal norms, making it the seventh warmest year in the 31-year satellite-based temperature record.

As part of an ongoing joint project between UAHuntsville, NOAA and NASA, Christy and Dr. Roy Spencer, a principal research scientist in the ESSC, use data gathered by microwave sounding units on NOAA and NASA satellites to get accurate temperature readings for almost all regions of the Earth. This includes remote desert, ocean and rain forest areas where reliable climate data are not otherwise available.