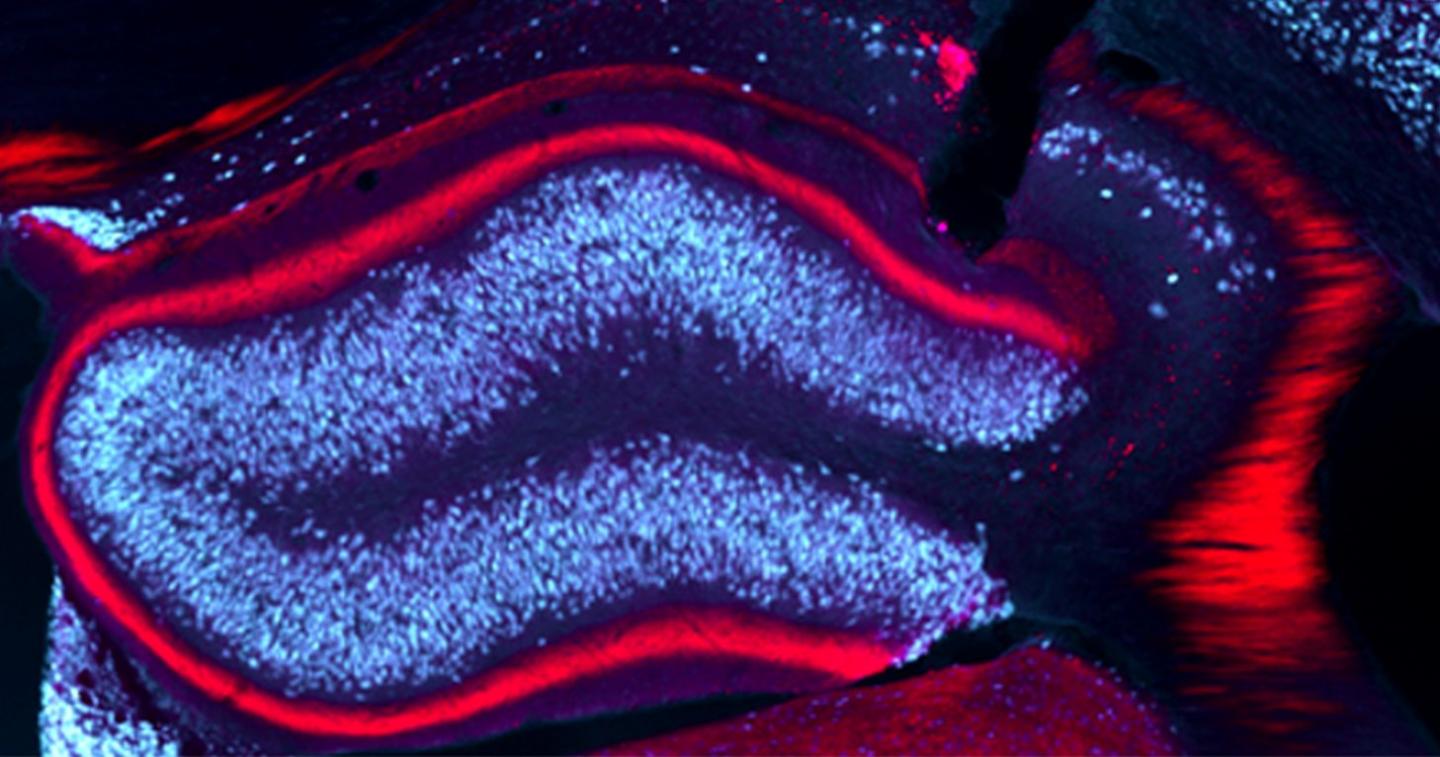 When the hippocampus was stimulated slowly, epileptic seizures failed to occur in the mouse model.

Newswise — Epileptic activity originating from one or more diseased brain regions in the temporal lobe is difficult to contain. Many patients with so-called temporal lobe epilepsy often do not respond to treatment with anti-epileptic drugs, and the affected brain areas must therefore be surgically removed. Unfortunately, this procedure only gives seizure freedom to about one third of patients, so the development of alternative therapeutic approaches is of great importance. Scientists led by neurobiologist Prof. Dr. Carola Haas, head of the research group at the Department of Neurosurgery at Medical Center - University of Freiburg and the BrainLinks-BrainTools research center, have investigated a new therapeutic approach to prevent epileptic seizures in temporal lobe epilepsy. They showed in mice that low-frequency stimulation of specific brain areas could completely stop epileptic activity. Instead of using electric current, the researchers stimulated the cells with light. To do this, they had previously introduced a light-sensitive molecule into the cells that allows particularly precise stimulation. They published the results in December 2020 in the scientific journal elife.

"As soon as we stimulated the brain region with a frequency of one hertz, the epileptic seizures disappeared. This effect was stable over several weeks," Haas says. Habituation, which can occur with drug therapy, did not take place. The brain region was stimulated for one hour daily.

In temporal lobe epilepsy, the hippocampus is often pathologically altered and usually represents the so-called focus of epileptic activity. Previous studies have used precise genetic labeling techniques to map the fiber system and its synaptic contacts between the temporal lobe and hippocampus, which are typically preserved in temporal lobe epilepsy. The researchers used this fiber system to manipulate hippocampal activity in a specific and temporally precise manner using light-dependent proteins. Measuring brain waves showed that rhythmic activation of the diseased hippocampus at a low frequency of one hertz suppressed epileptic activity and prevented it from spreading.

Haas and her colleagues demonstrated that the anti-epileptic effect is largely due to the repeated activation of surviving granule cells in the seizure focus. Single cell studies confirmed the assumption that the granule cells are less excitable due to the stimulation, making the epileptic seizure less likely to spread. "It's also possible that we have a widespread network effect because the stimulation can spread through the hippocampal circuitry," Haas said.

In the future, the team, along with the medical physics department at the Medical Center - University of Freiburg, would like to use magnetic resonance imaging to observe the entire brain during stimulation. This technique could be used to identify additional brain regions that are affected by the stimulation. Corresponding findings on these could provide information on how they are connected and what further consequences stimulation has.