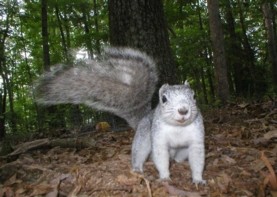 Newswise — The Delmarva fox squirrel (Sciurus niger cinereus) has recovered and will no longer need the protection of the Endangered Species Act. This rather large species of squirrel, spanning over 75cm in length, was one the first species to be protected under the Endangered Species Act of 1967. The massive squirrel of the Mid-Atlantic area was nearly wiped out by hunting and deforestation.

As reported in Scientific American on November 17, 2015.