Did Ocean Acidification From the Asteroid Impact That Killed the Dinosaurs Cause the Extinction of Marine Molluscs? 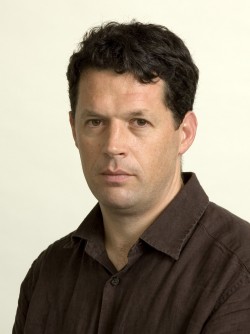 Newswise — New research, led by the University of Southampton, has questioned the role played by ocean acidification, produced by the asteroid impact that killed the dinosaurs, in the extinction of ammonites and other planktonic calcifiers 66 million years ago.

Ammonites, which were free-swimming molluscs of the ancient oceans and are common fossils, went extinct at the time of the end-Cretaceous asteroid impact, as did more than 90 per cent of species of calcium carbonate-shelled plankton (coccolithophores and foraminifera).

Comparable groups not possessing calcium carbonate shells were less severely affected, raising the possibility that ocean acidification, as a side-effect of the collision, might have been responsible for the apparent selectivity of the extinctions.

Previous CO2 rises on Earth happened so slowly that the accompanying ocean acidification was relatively minor, and ammonites and other planktonic calcifiers were able to cope with the changing ocean chemistry. The asteroid impact, in contrast, caused very sudden changes.

In the first modelling study of ocean acidification which followed the asteroid impact, the researchers simulated several acidifying mechanisms, including wildfires emitting CO2 into the atmosphere (as carbon dioxide emissions dissolve in seawater they lower the pH of the oceans making them more acidic and more corrosive to shells) and vaporisation of gypsum rocks leading to sulphuric acid or ‘acid rain’ being deposited on the ocean surface.

The researchers concluded that the acidification levels produced were too weak to have caused the disappearance of the calcifying organisms.

Professor Toby Tyrrell, from Ocean and Earth Science at the University of Southampton and co-author of the study, says:

“While the consequences of the various impact mechanisms could have made the surface ocean more acidic, our results do not point to enough ocean acidification to cause global extinctions. Out of several factors we considered in our model simulation, only one (sulphuric acid) could have made the surface ocean severely corrosive to calcite, but even then the amounts of sulphur required are unfeasibly large.

“It throws up the question, if it wasn’t ocean acidification what was it?”

Possible alternative extinction mechanisms, such as intense and prolonged darkness from soot and aerosols injected into the atmosphere, should continue to be investigated.

The study, which is published in the Proceedings of the National Academy of Sciences (PNAS), involved researchers from the University of Southampton and the Leibniz Center for Tropical Marine Ecology. The project received funding from the European Project on Ocean Acidification and funding support from NERC, Defra and DECC to the UK Ocean Acidification programme (grant no. NE/H017348/1).

NE/H017348/1; Proceedings of the National Academy of Sciences (PNAS)