Evacuations, inland precautions and long-term emergency supplies are among their potentially life-saving recommendations 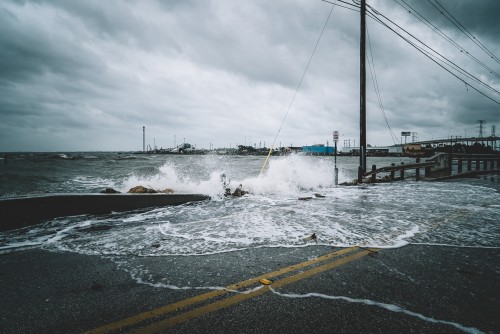 Jim Kendra and Tricia Wachtendorf, co-directors of the Disaster Research Center at the University of Delaware, offer preparedness guidelines as hurricane season arrives.

Hurricane season is officially underway, as meteorologists have begun detecting possible developments in the Atlantic.

Tricia Wachtendorf and Jim Kendra, co-directors of the Disaster Research Center at the University of Delaware, offer preparedness guidelines based on their experience and studies of major events. They are experts on evacuation decision-making and response during disasters such as hurricanes, tsunamis, earthquakes and terrorist attacks. They have conducted field research in the aftermath of the World Trade Center attacks, Hurricane Katrina, tsunamis, earthquakes and other events.

Their recommendations are below. Wachtendorf and Kendra are also available for interviews.

- Evacuation is one of the primary ways that people can protect themselves – by not being in a threatened area. When evacuating, there are several things to keep in mind. For example, know if you are in an evacuation zone, but also if those you might be relying on for shelter are in an evacuation zone, appreciating that your usual driving routes (or the normally quickest way out) may not be the quickest or safest during an evacuation, particularly if inland flooding is a risk.

- When evacuating, and after an event, be vigilant for new or unfamiliar dangers: inland flooding, power outages, falling trees.

- Do not drive through water. According to the National Oceanographic and Atmospheric Administration, a foot of moving water can sweep a small car from the road; two feet can move most vehicles. In addition, water depths can be very deceptive, especially at night or in bad visibility.

- Just because you live away from the coast doesn't mean that a hurricane won't impact your household. The rains to the west of Hurricane Matthew overflowed already high rivers and tributaries in North Carolina. Sometimes changes in nearby development or the degree to which the soil is already saturated from previous rains leaves communities surprised that they are indeed at risk. In North Carolina, many people inland didn't realize they were are risk until the water began flowing into their development, making evacuation treacherous and sometimes deadly.

- Most disaster agencies will recommend having an emergency kit with such items as water and food (for family members and pets) for 72 hours, but more recent thinking on this topic recommends a week or even two weeks of supplies: water, food, medicines, pet supplies, pet carriers, first aid kit, flashlight and batteries, radio and batteries, and other items. Families with pets must be especially watchful to locate motels, hotels and shelters that will accept their pets.

- When there is no power, many people resort to gas or charcoal grills for cooking. These should be used outdoors. Fatalities occur when heating and cooking appliances are used indoors.

- Having copies of vital documents is crucial when applying for insurance settlements or other disaster assistance. Driver’s licenses, passports, mortgage documentation, utility bills, social security cards, rental or lease agreements, vehicle ownership records, prescriptions or original medication packaging are among the documents that people should have with them or be able to locate quickly. People experience many stressful complications when they evacuate without these items or when they are lost in a disaster.

- While it is certainly important to devote attention to preparations just in advance of a storm, we don’t want to understate the importance of long-term preparedness and hazard awareness.