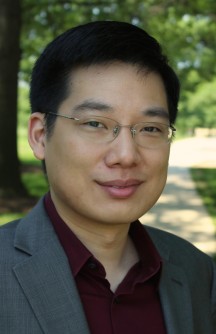 There are several misconceptions associated with cyberbullying, and researcher Bert Huang from the Virginia Tech College of Engineering offers several quotes and insight on this issue. His research focuses on automatic cyberbullying detection, and he is available to speak with media outlets on this topic.

Myth: Cyberbullying only happens to children“Because traditional bullying often invokes images of children being bullied on playgrounds, there's a common belief that cyberbullying is a problem confined to young people. This belief is incorrect. According to a study by the Data and Society Research Institute, roughly 40% of adults have experienced online harassment or abuse."

Myth: Women experience more cyberbullying“People with different gender identities tend to have different experiences with cyberbullying. One somewhat surprising finding from the Data and Society report showed that men and women are equally likely to experience online harassment. However, they found that women reported experiencing wider varieties of abuse, which often included forms they considered more serious.”

Myth: Social media outlets can just “fix the problem” but choose not to“Language alone doesn't distinguish bullying from other less harmful behavior. Effective automatic detection has to consider the social context of the people involved, and we don't yet have the ability to get computers to sufficiently understand this context.”

“People often complain that social media platforms don't just fix the problem, but it's a big challenge that requires advances in computer and social science, and releasing solutions that don't work well could end up being more harmful to internet users.”

Myth: Online anonymity breeds contempt“Another common idea is that the anonymity (or semi-anonymity) of the internet is the cause of cyberbullying, and that if all our internet accounts were openly tied to our real-life identities, cyberbullying would disappear. This idea makes some sense, but there are some strong arguments and evidence against it. For example, about half of the victims of online harassment know the identity of their attackers.”

“Despite the fact that we can't fix cyberbullying by removing anonymity, anonymity is one of the attributes of cyberbullying that can exacerbate its danger. Not knowing who's attacking you changes how you perceive the attack, and in many cases, can increase the emotional effect it has on the user.”

“The fact that cyberbullying can be very public and persistent can increase the emotional damage suffered by its victims. Harmful messages can be quickly seen by hundreds of people, and they can remain visible indefinitely, often times with no way for the victims to remove them.”

Myth: The internet is all bad“Despite all the detrimental effects of cyberbullying, the modern internet and social media have a lot of positives. For example, they allow people to connect across the globe and meet others they wouldn't otherwise be able to. These benefits are what we're fighting for. If these wonderful aspects weren't there, we could just tell people to stop using the internet and move on. But the great potential of the social web makes it worth trying to find solutions that allow people to experience its benefits while reducing its dangers.”

BackgroundBert Huang is an assistant professor at Virginia Tech Department of Computer Science. His research includes investigating machine learning with a special focus on models and data with structure stemming from natural networks.