How Movies Can Make a Marriage Better 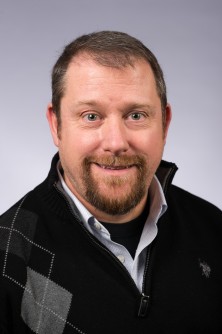 “You might not be able to get your husband into a couples group, especially when you are happy,” said Ronald Rogge, associate professor of psychology at the University of Rochester. “But watching a movie together and having a discussion, that’s not so scary.”

A Spanish translation is here.

Newswise — Discussing five movies about relationships over a month could cut the three-year divorce rate for newlyweds in half, researchers report. The study, involving 174 couples, is the first long-term investigation to compare different types of early marriage intervention programs. The findings show that an inexpensive, fun, and relatively simple movie-and-talk approach can be just as effective as other more intensive therapist-led methods—reducing the divorce or separation rate from 24 to 11 percent after three years.

“We thought the movie treatment would help, but not nearly as much as the other programs in which we were teaching all of these state-of-the-art skills,” said Ronald Rogge, associate professor of psychology at the University of Rochester and lead author of the study. “The results suggest that husbands and wives have a pretty good sense of what they might be doing right and wrong in their relationships. Thus, you might not need to teach them a whole lot of skills to cut the divorce rate. You might just need to get them to think about how they are currently behaving. And for five movies to give us a benefit over three years—that is awesome.”

Perhaps most exciting, added Rogge, is that this self-help exercise could open new possibilities for nurturing nuptial ties on a broad scale. “It’s incredibly portable. There are really great marriage intervention programs available now but most require trained therapists to administer them. If couples can do this on their own, it makes it so much easier to help them,” he said.

Rogge and a team of researchers including co-author Thomas Bradbury, a professor of psychology and co-director of the Relationship Institute at UCLA, published the findings in the December issue of the Journal of Consulting and Clinical Psychology.

Religious groups have long-standing traditions of offering marriage preparation classes, but with roughly half of all marriages in the United State ending in divorce, secular institutions are now joining the effort. For example, Fairfax County, Va. offers free “compassion training” to newlyweds, the U.S. military has an “oxygen for your relationships” program, and Oklahoma, home to the nation’s highest divorce rate, has poured millions into its “marriage initiative.”

An underpinning of many of these programs, backed by earlier research, is that couples will weather the friction of living together better if they can master certain relationship skills. “When we started this study, the prevailing wisdom was that the best way to keep relationships healthy and strong was to help couples manage difficult, potentially divisive conversations,” explained Bradbury.

To test this theory, the team randomly assigned newlyweds to one of three groups: conflict management, compassion and acceptance training, and relationship awareness through film. They chose to concentrate on the first three years of marriage, because “relationship dissolution is front-ended,” said Bradbury; one in four ends in divorce. The conflict management group learned a technique for discussing heated issues that slows down the pace of the exchange and helps individuals focus on what their partner is saying instead of rushing to respond. Sometimes called active listening or the speaker-listener technique, the practice requires one spouse to listen and then paraphrase back to the partner what they have heard to ensure the message has been properly understood. Earlier studies on this technique have shown it to be effective at promoting happier and more satisfying relationships over three to five years.

The compassion and acceptance training cohort participated in an intervention designed by Rogge and his collaborators aimed at helping couples work together as a team and find common ground around their similarities. Couples were encouraged through a series of lectures and exercises to approach their relationships with more compassion and empathy by doing things like listening as a friend, practicing random acts of kindness and affection, and using the language of acceptance.

Both programs involved weekly lectures, supervised practice sessions, and homework assignments over the course of a month, for a total investment of roughly 20 hours, all but two of which were with a therapist.

By contrast, the movie-and-talk group devoted half as much time to their assignments and all but four hours took place in their own homes. Participants first attended a 10-minute lecture on the importance of relationship awareness and how watching couples in movies could help spouses pay attention to their own behavior, both constructive and destructive. They then watched Two for the Road, a 1967 romantic comedy about the joys and strains of young love, infidelity, and professional pressures across 12 years of a marriage.

Afterward, each couple met separately to discuss a list of 12 questions about the screen couple’s interactions. One question, for example, asked how the movie partners handled arguments: “Were they able to open up and tell each other how they really felt, or did they tend to just snap at each other with anger? Did they try using humor to keep things from getting nasty?” The couple was asked to consider in what way the movie relationship was “similar to or different from your own relationship in this area?”

Study participants were sent home with a list of 47 movies with intimate relationships as a major plot focus and asked to watch one a week for the next month, followed by the same guided discussion for about 45 minutes.

Which approach proved most effective? To the surprise of the researchers, all worked equally well. All three methods halved the divorce-and-separation rate to 11 percent compared to the 24 percent rate among the couples in the control group. Partners in the control group received no training or instructions but were otherwise similar in age, education, ethnicity, relationship satisfaction, and other dimensions. Discussing relationship movies, it turns outs, was just as effective as more intensive skills-building programs. The results suggest that many couples already possess relationship skills, they just need reminders to put these into practice, the authors conclude. “And that’s an amazingly fertile idea. It’s more sensible and it’s cheaper,” said Bradbury.

Since people watch movies all the time, what exactly makes this intervention so magic? “I think it’s the couples reinvesting in their relationship and taking a cold hard look at their own behavior that makes the difference,” explained Rogge. “The sad truth is that when life knocks you down, you come home and the people you are most likely to lash out at in frustration are the ones you love the most. For these couples to stop and look and say, ‘You know, I have yelled at you like that before. I have called you names before and that’s not nice. That’s not what I want to do to the person I love the most.’ Just that insight alone, is likely what makes this intervention work.”

For people who are uncomfortable with relationship workshops and group interventions, the movie-and-talk approach can be an alternative. “You might not be able to get your husband into a couples group, especially when you are happy,” said Rogge. “But watching a movie together and having a discussion, that’s not so scary. It’s less pathologizing, less stigmatizing.”

Since some of the newlyweds in the study had been together for as many as seven years, Rogge speculated that the movie method would be helpful for long-term marriages as well. “Taking time to sit down and take an objective look at your relationship with your partner is going to be helpful for any couple at any stage. They can make it a yearly thing they do around their anniversary—watch a movie together and talk about it. That would be a fantastic thing to do and a great present to give themselves each year.”

For couples interested in trying the film discussions for themselves, Rogge’s lab website (www.couples-research.com) offers interactive tools to help with the process, including lists of movies and the discussion questions used. Couples can also sign up to participate in a follow-up online study of the movie-and-talk intervention at the site.

Rebecca Cobb from Simon Frasier University, Burnaby, B.C., Canada, Erika Lawrence from the University of Iowa, and Matthew Johnson from Binghamton University also contributed to this study. The research was supported by a grant from the John Templeton Foundation awarded to Bradbury.

A PDF list of the study movies and the discussion questions is at: http://www.rochester.edu/news/divorce-rate-cut-in-half-for-couples-who-discussed-relationship-movies/movie-list-and-questions.pdfThe online version of the list is here: http://www.rochester.edu/news/divorce-rate-cut-in-half-for-couples-who-discussed-relationship-movies/movie-list.htmlA Spanish translation will be available on 1.31.14.

Journal of Consulting and Clinical Psychology