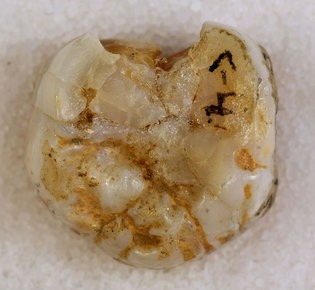 he Denisova 8 molar, from a hominin species whose remains were found in Siberia. Its age has been estimated at 110,000 years

A tooth fossil, believed to be about 110,000 years old, has yielded DNA from a vanished branch of the human tree, mysterious cousins called the Denisovans. The tooth was found in a cave in Siberia in 2010. Scientists describe their newest Denisovan DNA analysis in Proceedings of the National Academy of Sciences.