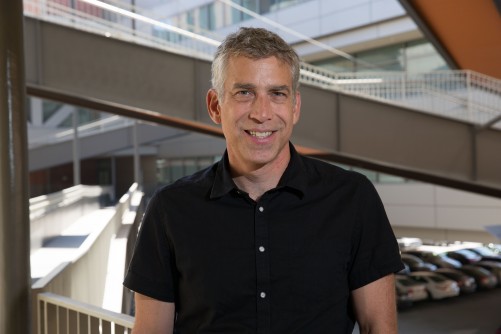 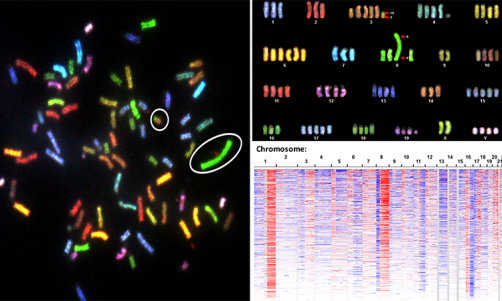 Genomically instable cancer cells can have as many as two times more chromosomes than healthy cells, as well as other abnormalities (left, circles). When scientists group like chromosomes together (right), it can reveal patterns that help them better detect the genetic aberrations that drive cancer growth.

Newswise — FINDINGSLess aggressive cancers are known to have an intact genome—the complete set of genes in a cell—while the genome of more aggressive cancers tends to have a great deal of abnormalities. Now, a new multi-year study of DNA patterns in tumor cells suggests that these aberrant genetic signatures are not random but reflect selective forces in tumor evolution. The findings also demonstrate that these changes drive glucose metabolism in cells, which improves the fitness of tumors and can lead to accelerated cancer growth.

BACKGROUNDCopy number alteration (CNA) measurements are used to profile tumors across a wide variety of cancer types by looking for recurring patterns in how genes are amplified or deleted in DNA. Modern research has focused largely on individual cancer genes as the primary targets for DNA mutations and copy number alternations, specifically oncogenes (that when mutated or amplified are like a stuck gas pedal and can turn healthy cells into tumor cells) and tumor suppressor genes (that when not working properly are like a broken or missing brake pedal, allowing cells to grow out of control). However, scientists continue to observe many recurrent CNA patterns in tumors that cannot be fully explained by these canonical cancer genes.

It has long been known that a fundamental difference between healthy cells and tumor-forming cells is reprogrammed cellular metabolism. An altered metabolism benefits a transformed cell in many ways, particularly in the ability to convert glucose into energy. This process, known as glycolysis, can fuel tumor growth and is also used to detect tumors through PET imaging. Research has further shown a strong correlation between higher levels of glycolytic activity and the most aggressive cancers. The findings tie these aspects to the disrupted genomes of cancer by demonstrating that the previously unexplained recurrent CNA patterns reflect glucose metabolism as a selective pressure for genomic changes in many cancer types, particularly aggressive forms of the disease.

METHODIn the five-year study, Graeber and his colleagues used a cross-cancer analysis of CNA data from human tumors, cancer cell lines, and mouse models of cancer. The team analyzed samples from 15 different cancer types. They found that CNA patterns of DNA amplification and deletion were predictive of both increased glycolytic activity and rapid growth of tumor cells. To understand how enzymes might play a role in this process, the scientists compared the CNA patterns of human tumors and mouse models. They discovered 26 DNA regions with consistent genetic alterations, containing 11 enzymes in the glycolysis pathway as well as known cancer-driving genes.

The researchers next used an experimental immortalization system and genetic engineering to directly demonstrate that glycolytic enzymes can impact the CNA signature. By sampling cells at different points in time, the researchers were able to show how these patterns evolve and thus shape the cancer genome.

IMPACTThe study is one of the first to use high-resolution genome-wide CNA signatures to identify and define new classes of tumors to further complement sub-classes defined by point mutations in oncogenes. With these findings, researchers can build improved cancer models and advance the development of therapeutics for all types of the disease.

“By focusing on such a large dataset and more than just known point mutations, we now better understand how subtle patterns of combined genetic alterations can affect glucose metabolism and are in sum key drivers of the most aggressive cancers,” Graeber said. “Scientists now have a whole new sandbox where we can test and develop the tools that will lead to new treatments for people fighting this disease.”

DISCLOSURESThe authors declare that they have no conflict of interest. 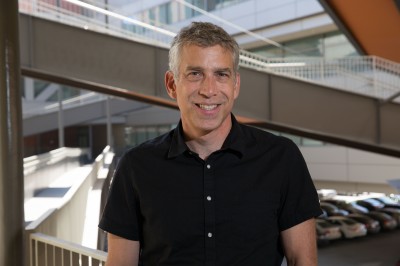 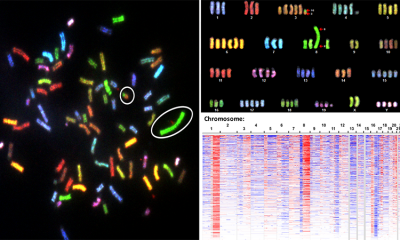 Caption: Genomically instable cancer cells can have as many as two times more chromosomes than healthy cells, as well as other abnormalities (left, circles). When scientists group like chromosomes together (right), it can reveal patterns that help them better detect the genetic aberrations that drive cancer growth.