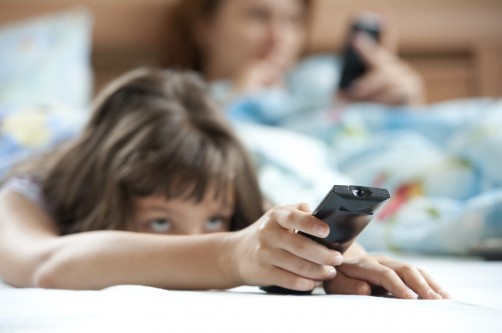 Child watching television in the bedroom 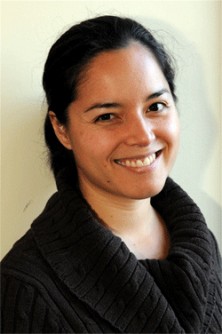 Newswise — (Lebanon, NH, 3/3/14)—Does having a television in the bedroom contribute to youth weight gain? In a recent national study, researchers from the Geisel School of Medicine at Dartmouth and the Dartmouth-Hitchcock Norris Cotton Cancer Center found that having a bedroom television was a significant predictor of adolescent weight gain. The study, “Association of a Television in the Bedroom with Increased Adiposity Gain in a Nationally Representative Sample of Children and Adolescents,” was published online by the JAMA Pediatrics on March 3, 2014.

“This study suggests that removing bedroom TVs is an important step in our nation’s fight against child obesity. We found that adolescents with a TV in their bedroom gained about 1 extra pound a year, compared to those without one, even after accounting for hours of TV watched each day and socioeconomic factors,” said study first author Diane Gilbert-Diamond, assistant professor of Community and Family Medicine at the Geisel School of Medicine at Dartmouth and a member of the Norris Cotton Cancer Center. “Because bedroom televisions are really common in the U.S. (over half of adolescents have one), this obesity risk factor accounts for over 15 million pounds of excess weight gain per year among U.S. adolescents.”

The research used data for 6,522 children and adolescents aged 10-14 years from all 50 states. The adolescents were recruited by telephone and asked about their TV habits, their height and weight, as well as other relevant study measures. Follow-up surveys were conducted two and four years later. Bedroom television, present in 59 percent, was associated with a significantly higher change in body mass index, even when taking into account total TV viewing time and other factors potentially associated with children’s weight gain such as socioeconomic status.

“We know that childhood obesity can result from a number of contributing factors,” said Layla Esposito, Ph.D., a program director in the Child Development and Behavior Branch of the Eunice Kennedy Shriver National Institute of Child Health and Human Development, which co-funded the study. “Research that identifies simple and concrete actions that parents can take to help reduce the risk of excessive weight gain in their children, such as removing the television from the bedroom, is significant.”

Gilbert-Diamond points out that unlike other parenting strategies that require persistent effort and vigilance, parents can make a difference by simply keeping televisions out of their children’s bedrooms. “Get rid of the TV while children are still in elementary school,” says James Sargent, a pediatrician and collaborator on the study. “You will all go through a couple of weeks of complaining and misery, and then everyone will forget that it was there in the first place.”

Gilbert-Diamond says the next steps will be to explore how bedroom use of other media—computers, smartphones, tablets, and other devices—impact weight gain, and whether disrupted sleep patterns are a factor in the media-weight gain association. 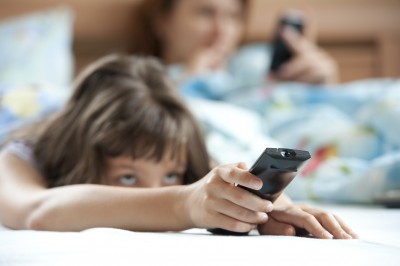 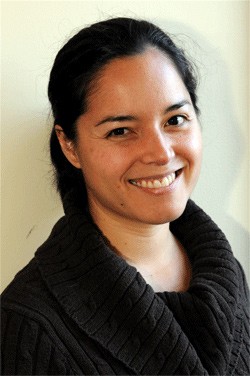