Do Mussels Reveal the Fate of the Oceans? 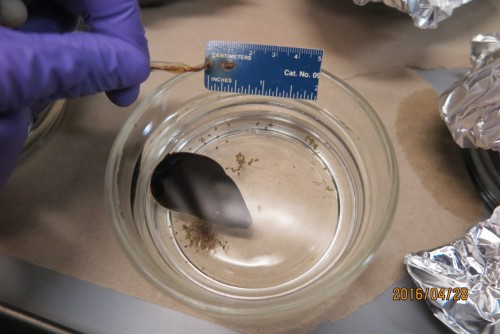 Researchers detected microplastics in the biodeposits or digestive gland/gut of nearly all of the mussels they collected from the Avery Point dock. More than 40 percent of the microplastic particles were either rejected in the mussels’ pseudofeces or egested (discharging undigested material) in feces.

For the study, the researchers collected marine aggregates and blue mussels at Avery Point in Connecticut and used microscopy and microspectrometry to measure the spectra of these microscopic samples.

Newswise — More than 10 million tons of plastic debris enter the oceans every year and are found in nearly every oceanic layer. They start out as large floating items and eventually break down into much smaller pieces called microplastics. These particles are pervasive and have been found in the digestive tracts of more than 100 different species, posing physical, chemical and even potential biological harm to these animals. Mussels and other bivalves like oysters and clams are eaten whole without removal of the gastrointestinal tract and therefore represent a pathway for microplastics to enter the human food chain.

Contrary to prior research, a first-of-its-kind study from a team of scientists suggests that mussels are not a robust indicator of microplastics in the marine environment because of their inherent ability to selectively feed, making them very picky eaters. Instead, marine aggregates, also referred to as “marine snow,” have much more to say about the fate of microplastics in the environment.

Marine aggregates are a predominant form of sinking particulate carbon in the marine water column and form the basis of the food chain in the ocean. These aggregates also represent a mechanism for transporting microplastics to the sea floor. The study demonstrates that they play an important role in removing microplastics from the ocean surface, vertically transferring them through the water column, and facilitating their transfer to marine food webs.

Using a powerful tool called spectroscopy, researchers from Florida Atlantic University, East China Normal University, Woods Hole Oceanographic Institution, the University of Connecticut, and the University of New England, are the first to identify a connection, under field conditions, between microplastics within marine aggregates and mussels (Mytulis edulis). Results of the study, published in the journal Environmental Science & Technology, have important implications for the fate of plastic particles in marine environments.

For the study, the researchers collected marine aggregates and blue mussels at Avery Point in Connecticut and used microscopy and microspectrometry to measure the spectra of these microscopic samples. They found that 73 percent of the marine aggregates they sampled contained plastic particles. More than 90 percent of these microplastics measured less than 1 millimeter.

In the mussels, the researchers detected microplastics in the biodeposits or digestive gland/gut of nearly all of the mussels they collected from the Avery Point dock. More than 40 percent of the microplastic particles were either rejected in the mussels’ pseudofeces or egested (discharging undigested material) in feces. Normally, mussels can digest their food within a matter of minutes. In contrast, the plastic particles passed to the digestive diverticula of the mussels took days to digest.

The characteristics of microplastics in the marine aggregates and mussels were similar, which provided further evidence of marine aggregates’ role in the trophic transfer of plastic particles to bottom suspension-feeders.

The uniformity of microplastic sizes and shapes identified within the mussels indicated that selective ingestion of certain types of plastics occurred. The mussels preferentially ingested particles of a smaller size and a relatively larger shape factor.

“The good news is that mussels are picky eaters and have well-developed mechanisms for particle discrimination,” said Mincer. “They sort particles based on physical features like size, shape, flexibility and density as well as chemical and nutritional properties. Particle selection is one strategy that they use to enhance their diet quality and optimize energy intake.”

The chemical composition from these marine aggregates were diverse and included a broad range of domestic and industrial uses. Polypropylene, polyester and cellulose acetate, commonly used in cigarette filters, hygiene products, and clothing, made up nearly 76.3 percent of all plastic particles identified in the sampled marine aggregates. Cellulose acetate is primarily introduced into marine environments via sewage discharge, and cigarette butts are a major coastal ocean input mechanism as well.

An unexpected finding from the study was that fragmented plastics were the predominant type of synthetic particles identified in the marine aggregates and accounted for 65.9 percent of all microplastics.

The researchers compared the abundances of plastic particles in the marine aggregates with other reports worldwide. They also found that the concentration of microplastics in the mussels they sampled was about three times lower than those found in wild mussels from China’s coastal waters.