Do Your Share: Perception of Fair Division of Housework Linked to Better Sex Among Married Individuals in Midlife 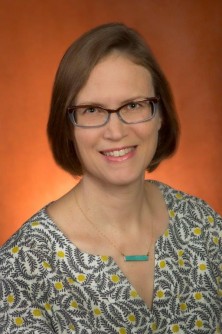 Newswise — Husbands, are you helping your spouse with chores around the house? If your wife doesn’t think so that may result in a less satisfying sex life, according to new research by Florida State University.

FSU Sociology Professor Anne Barrett and her former student Alexandra Raphael found that when wives reported an unfair arrangement in the amount of housework they were doing, they were also significantly more likely to report lower sexual satisfaction. This was also true for husbands who viewed housework arrangements as unfair to wives.

The study was recently published in the journal Social Forces.

“We know housework is shared more equitably today than it was 50 years ago,” Barrett said. “In the mid 60s, American wives did about seven times more housework than their husbands did. Now, it’s about two times as much. We wanted to examine how this shift has affected people’s satisfaction in their marriages, and sex, of course, is an important part of intimate relationships.”


Barrett and Raphael used the second wave of data from the National Survey of Midlife Development in the United States to conduct their research. The survey involved about 1,100 married individuals between 2004 and 2006.

The team examined three perspectives relating to housework during their research: temporal, distributional and fairness. They found that the fairness perspective, whether it was a husband or wife reporting, was the clearest indicator for sexual satisfaction.

“It was interesting that neither the number of hours or the distribution of household labor emerged as a really strong predictor of sexual satisfaction,” Barrett said. “I think that housework can take on greater symbolic meaning earlier in people’s lives — then it becomes more routinized. At that point, it’s more of a question of whether this seems unfair or not, rather than the exact distribution.”

Barrett said her study was unique in that the age range of survey participants was about 10 years older than other studies on this topic. Respondents ranged from 35 to 85 years old.

The researchers also examined how these perspectives impacted sexual frequency. They found that none of the measures of housework were connected with frequency. They believe this could be due to the age of their sample size. At older ages, other factors come into play that affect sexual frequency, especially health, Barrett said.

Barrett suggests future research on this subject could include cohabitating non-married couples and same-sex couples. Because the data for this study provided a snapshot in time, the researchers said tracking couples over the course of their lives would give more insight.

“Following married couples over time to watch how their division of household labor shifts as they move through family and workplace transitions and how these changes affect their sex lives and marital satisfaction more generally would be one of the big next steps,” she said.