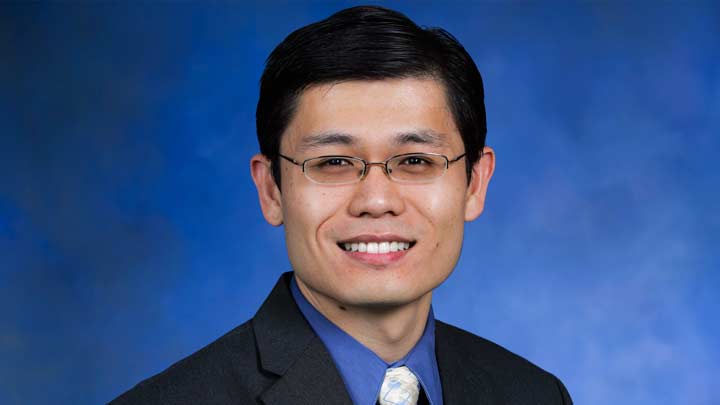 Dr. Gabe Xu, an associate professor of mechanical and aerospace engineering, is doing plasma research that could advance pulsed fusion propulsion for spacecraft. 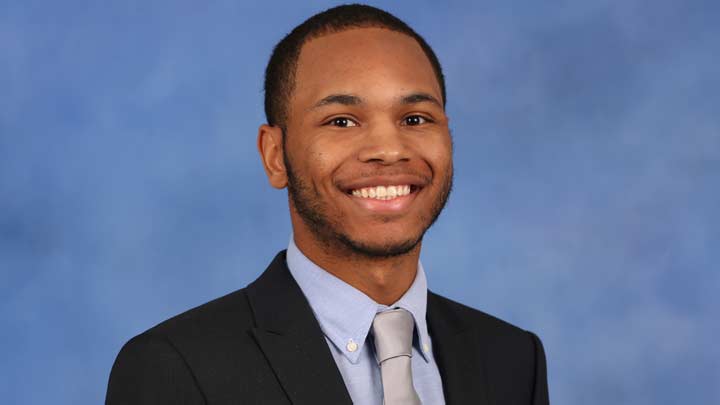 UAH doctoral student Zachary White is doing his dissertation based on the project.

Newswise — HUNTSVILLE, Ala. (Aug. 21, 2020) ­– A professor at The University of Alabama in Huntsville (UAH) has been awarded a one-year, $98,930 grant by the U.S. Department of Energy (DOE) for plasma research that could advance pulsed fusion propulsion for spacecraft.

The grant funds work by a team led by Dr. Gabe Xu, an associate professor of mechanical and aerospace engineering. Dr. Xu’s team is working on how the deflection magnetic nozzle for a fusion propulsion system would work and how to scale it up to the size needed for a spacecraft.

“The research is a part of a larger study at UAH’s Propulsion Research Center (PRC) on pulsed fusion propulsion,” Dr. Xu says.

"In the lab at the PRC, we’re doing small-scale experiments using relatively low magnetic fields, a few hundred to 1,000 Gauss, which is about the conventional limit in the lab,” Dr. Xu says. “With this funding, we’ll be able to go use the specialized high magnetic field facility at Auburn University that can general magnetic fields up to 40,000 Gauss.”

The researchers are studying how to deflect a spherically expanding plasma from a fusion reaction into the axially directed thrust needed for propulsion. The fusion reaction creates a ball of expanding plasma in all directions. But the half of that ball that is directed forward toward the spacecraft is not producing thrust, and can damage the spacecraft.

“So, we need to turn that plasma around so it all goes out the back similar to a rocket nozzle,” Dr. Xu says. “But we can’t use a physical nozzle to turn the plasma, since the plasma would dissipate and lose energy when it hits a physical object.”

Instead, the UAH team uses a magnetic field to electromagnetically turn the plasma.

“Our work is predicated on finding the mechanisms that create thrust in deflection magnetic nozzles, investigating the instabilities that occur between the plasma and magnetic field interface that could hinder thrust, and designing nozzle configurations and operating conditions that minimize instabilities and maximize thrust,” says White, the doctoral student. “The DOE grant allows us to explore high magnetic field regimes that otherwise would not be available to us,” White says. “Our hope is that this will give us some insight into the plasma deflection in a near force-free field – a high magnetic pressure and low plasma pressure regime.”

“How to construct a magnetic field to do that, how the plasma responds and what kind of power is needed are the main questions of the research,” says Dr. Xu. “This is a great opportunity to conduct plasma research at very high magnetic fields that you cannot normally generate in the lab.”

The grant money was part of $13.3 million in new funding for research in plasma science recently announced by the DOE.

“This DOE program is great, as it helps investigators use the advanced facilities supported by the DOE,” Dr. Xu says. “The resulting gains from the research will improve our fundamental understanding of plasma-magnetic field interactions, as well as contribute to the fusion propulsion goal.”

Plasma science is an important area with many scientific opportunities and technological applications, says Dr. Chris Fall, director of DOE’s Office of Science. “The research funded under this initiative will enable the U.S research community to address very important research opportunities and help ensure continued American leadership in these critical areas.”

Caption: UAH doctoral student Zachary White is doing his dissertation based on the project.