Does a Person's Sense of Smell Reveal a Weight Bias? 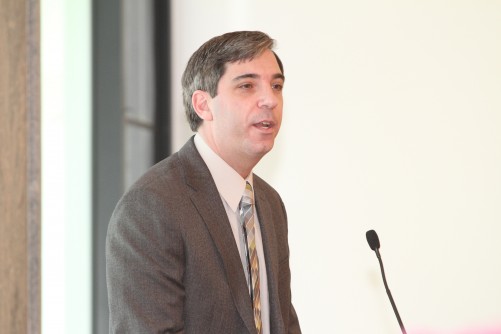 Newswise — Does a person's sense of smell reveal a weight bias? A new study discovered that visual cues associated with overweight or obese individuals can influence a person’s sense of smell.

“This is the first study to show that negative bias toward heavy individuals — something that is initially a visual experience — could transfer into an olfactory or smell experience,” says Andrew Ward of Swarthmore College, who worked on the study with A. Janet Tomiyama and Angela Incollingo Rodriguez, both of UCLA.

In two related studies, the team of researchers showed subjects one of two sets of images. Both sets contained photographs of different people — half who were visibly overweight or obese, and half who were normal weight or thin — along with a series of distractor objects. Each image was paired with a scent sample — a fragrance-free lotion (Eucerin) mixed with two drops of food coloring.

Participants were instructed to rate each scent from 1 to 11. The researchers found that when overweight or obese people were on the screen, participants gave worse ratings to the scent samples, despite the fact that the samples were unscented. Images of average-sized or thin people tended to trigger higher ratings.

Additionally, the study found that person's body mass index (BMI) had an effect on their sense of smell. Participants with higher BMI tended to be more critical of heavier people, with higher-BMI participants giving scents a lower rating than lower BMI participants when scent samples were matched with an obese or overweight individual.

“We may have developed a new method for uncovering unconscious bias in individuals that they would normally not be willing to admit," says Ward.

If you are interested in speaking with Professor Ward about the study, please contact Mark Anskis in the Swarthmore College communications office ([email protected] /610-328-8271).