Does ‘I Love You’ Mean Your Relationship Is in Trouble? 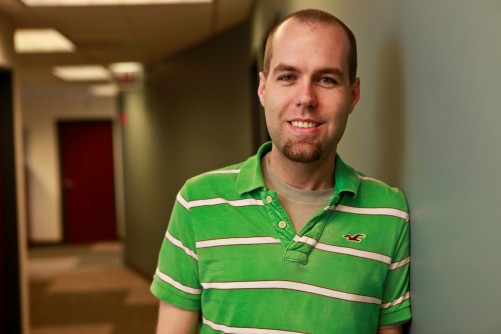 Co-author Sean Horan, an assistant professor at DePaul University's College of Communication, found in a new study that sometimes couples use deceptive affection to save face or avoid embarrassing their partner.

Newswise — CHICAGO — Cuddling, kissing and holding hands are the kinds of behavior you might expect to see this time of year. So why do the days that follow Valentine’s Day mark the largest spike on the calendar for breakups?

Affectionate behavior is not all that it seems, according to relational communication expert Sean Horan, an assistant professor at DePaul University in the College of Communication.

“Gestures such as hand holding, kissing and cuddling could be indicators that your partner is mad at you,” explained Horan.

In the study “Understanding the Routine Expression of Deceptive Affection in Romantic Relationships,” forthcoming in Communication Quarterly, co-author Horan examined how and why deceptive affectionate behavior occurs.

Deceptive affection means that an individual in a romantic relationship chooses to express affection he or she does not actually feel, according to the findings.

“Couples use deceptive affection because they feel negatively about their partner and want to save face, avoid embarrassing their partner or sidestep a situation that may land them in hot water,” said Horan.

Examples of this kind of deception include lying about one’s own feelings or feelings about a partner and expressing affection instead of negative feelings, he noted.

One participant confessed she didn’t want to hug or cuddle her boyfriend because she was in a bad mood but did so anyway. Another told his girlfriend he loved her to get off the phone faster so he could watch a basketball game. And when one woman’s boyfriend asked if she liked his new haircut, she lied and said she did, in order to spare his feelings.

According to the study’s findings, couples use verbal and non-verbal affection in hopes that a sweet caress or profession of love will mask their true feelings.

However, don’t let paranoia kick in and assume your love will wilt faster than Valentine’s Day roses. Horan noted that this isn’t necessarily negative behavior.

“Using affection to lie appears to be a regular activity in romantic relationships that most people don’t seem to mind,” he said. “In fact, deceptive affection might actually help maintain a relationship.”

Horan and Booth-Butterfield’s related study, “Is It Worth Lying For? Physiological and Emotional Implications of Recalling Deceptive Affection,” published in 2010 in Human Communication Research, examined the risks of deceptive affection. The research indicated that those using deceptive affection are minimally bothered by their lies.