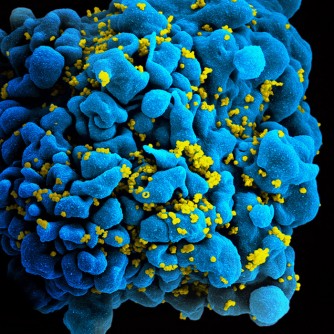 Newswise — A gel aimed at preventing HIV, which is being trialled in Africa, is only used by women with their male partner’s approval.

The idea behind the gel (vaginal microbicide) is to give women power over their own sexual and reproductive health; but a study by Leeds Beckett University has found that men are controlling its use.

The research, by Leeds Beckett’s School of Health and Community Studies and published in Global Public Health Journal, looked at whether hegemonic masculinity (the dominant form of male behaviour) influenced the use of gel among women, including the decision to initiate gel use, autonomous use of the gel and consistent use of the gel.

Researchers carried out focus groups and in-depth interviews with men and women in Mazabuka, Zambia, and found that the use of gel was definitely controlled by men. Men were seen as the heads of the household and decision makers. Autonomous gel use was not supported because it challenged men’s position in sexual matters and at a family level.

“Anything you want to do as a woman you are supposed to ask your husband…he needs to authorise because he is the head.” – Woman in her 40s.

“A man being the head of the household makes all decisions. The role of a woman is to help and support a man’s programs.” – Woman in her 20s.

“The man is the one in charge…he is the head of the house, so he is supposed to monitor the using of the gel. If she is my wife, I will be personally in control.” – Man in his 20s.

Some women feared violence if discovered using the gel.

“I had to hide it…I dug a hole in the ground, outside in the garden…I would pretend as if I’ve gone to the garden, and then I would get an applicator…he caught me red-handed. He did not beat me but got annoyed and told me to stop using the stuff immediately.” A woman in the study

One women was beaten whilst she was on the trial when her husband discovered she was using the gel. He accused her of using it with another man.

Another factor that the research uncovered was that some men were worried the gel would affect fertility whereas others welcomed the gel as a good alternative to condoms because it didn’t interfere with conception whilst still offering protection against HIV.

Some women were motivated to start using the gel because they perceived themselves to be at risk of HIV from their partners.

“Women know that most men tend to have multiple sexual partners outside marriage. So, they are scared that men’s promiscuous behaviour would put them at risk of HIV. They hope the gel, despite being on trial, would protect them from HIV infection.” – Woman in her 50s.

However, when it was benefiting the men, they were happy to use the gel, such as when they got sexual pleasure from it.

“It gave me a lot of appetite and just how it feels; the tenderness was good. I could even manage two rounds not just one. It is even better than ‘African’ herbs which some people use.” – Man in his 30s.

Women reported using the gel consistently because it became a means of keeping their husbands to themselves due to its ability to increase sexual pleasure.

“It made them have sex every day with their wives because they were now enjoying it. This made husbands become faithful because they became used to enjoying sex at home.” – Key informant in the study.

Alan White, Professor of Men’s Health within Leeds Beckett’s School of Health and Community Studies, said: “The citing of trust, morality, violence and divorce as reasons married women informed their partners about gel use shows that the relationship between men and women is deeply embedded in social norms and gender structures, which privileges men.

“The findings suggest that, by men getting actively involved in decisions to use the gel, whether it be out of fear that women can use it with other men, or for their own sexual needs, it became a means of controlling women’s sexuality.

“Hegemonic masculinity compromises women’s ability to make autonomous decisions on gel use and some men found an opportunity in gel use to exercise and strengthen their hegemonic masculinity. This undermines the main intention for developing microbicides as an empowerment tool to promote women’s autonomy in sexual and reproductive health.

“The findings from this study strengthen the findings from previous studies, which have shown how hegemonic masculinity affected HIV prevention and uptake of sexual health services.”