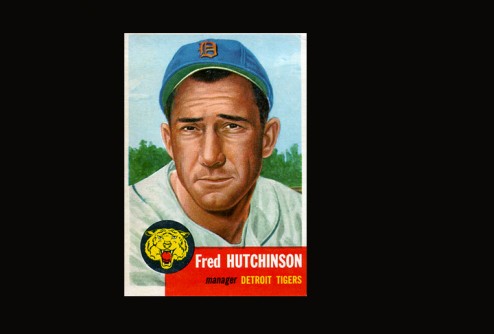 Newswise — SEATTLE — Aug. 4, 2022 — Fred Hutchinson Cancer Center will give the 2022 honorary Hutch Award® to Dr. Anthony S. Fauci for his lifetime of service toward a healthier world. Dr. Fauci will receive the award during the Aug. 9 Mariners vs. Yankees game at Seattle’s T-Mobile Park.

Dr. Fauci was appointed director of the National Institute of Allergy and Infectious Disease in 1984 and oversees an extensive research portfolio of basic and applied research to prevent, diagnose and treat infectious and immune-mediated diseases.

The award typically goes to a Major League Baseball player who best exemplifies the determined spirit of the late Fred Hutchinson, a legendary pitcher and manager who died of cancer in 1964 at age 45. He was known for his tenacity and service to others.

“Dr. Fauci has dedicated his life to public health and scientific discovery,” said Dr. Thomas J. Lynch, Jr., president and director of Fred Hutch and holder of the Raisbeck Endowed Chair. “His decades of tireless efforts to protect the health of people worldwide inspires our work at Fred Hutch as we discover next-generation approaches to preventing and treating disease.”

The Hutch Award was created in 1965 to honor Fred Hutchinson, whose death inspired his brother Dr. Bill Hutchinson, a surgeon in Seattle, to create the Seattle-based cancer center. In addition to a history of major breakthroughs in cancer research, the center is known globally for expertise in infectious diseases and has been a prominent leader in tracking, monitoring and developing vaccines and treatments for COVID-19.

“My father was motivated to start what became Fred Hutchinson Cancer Center because of his brother Fred’s death,” Charlee Hutchinson Reed said. “The Hutch Award is very special because it brings together the determined spirit of two individuals who persevere through challenges and always seek to enrich communities.

Past honorees include 14 Hall of Fame players. The Hutch Award organizing committee — consisting of civic leaders, members of the Hutchinson family and baseball lovers — oversees the selection of recipients.

This is the second time an honorary Hutch Award has been given. The first honorary award went to former President Jimmy Carter in 2016, in recognition of a lifetime of service.