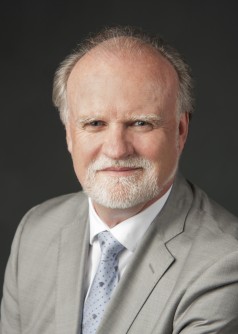 Newswise — Brooklyn, NY, July 17 – Rainer W. G. Gruessner, MD, FACS, FICS, has been named chair of surgery and Clarence and Mary Dennis Professor of Surgery at SUNY Downstate Medical Center. The announcement was made by Carlos N. Pato, MD, dean of the College of Medicine at SUNY Downstate.

Dr. Gruessner is a nationally renowned surgeon and clinical innovator, a prolific academic, a committed educator, and a successful and experienced department chair, having most recently served as chair of surgery at the University of Arizona and later as chief of transplantation at SUNY Upstate Medical University.

During his time at the University of Arizona, he more than doubled operating room case volumes, while quadrupling volumes in his area of clinical expertise – pancreatic, liver, bile-duct surgery and transplantation.   Dr. Gruessner also opened two surgical satellite clinics in the Southwest and introduced robotic and minimally invasive procedures throughout all Department of Surgery subspecialties. Prior to Arizona, he served as vice-chair and in a number of surgical and academic roles at the University of Minnesota.

He also is committed to diversity and achieved notable diversity thresholds in education while at Arizona, with 42% female, greater than 30% Hispanic, and the highest-in-the-nation number of Native American residents.

Dr. Gruessner’s academic accomplishments include more than 330 published manuscripts, and as many review articles, book chapters, and published abstracts. He has also edited three textbooks: the standard textbooks on Transplantation of the Pancreas and Living Donor Transplantation, and more recently serving as senior editor of a textbook on Technological Advances in Surgery, Trauma and Critical Care. He has served as principal investigator and co-investigator on over 20 research projects and clinical trials, supported by industry, foundations, the Centers for Disease Control and Prevention (CDC), and the National Institutes of Health (NIH). His academic focus and support of his faculty at Arizona led to a tripling of total departmental grant support, including a quadrupling of NIH support.

SUNY Downstate Medical Center, founded in 1860, was the first medical school in the United States to bring teaching out of the lecture hall and to the patient’s bedside. A center of innovation and excellence in research and clinical service delivery, SUNY Downstate Medical Center comprises a College of Medicine, a College of Nursing, a College of Health Related Professions, a School of Graduate Studies, a School of Public Health, University Hospital of Brooklyn, and a multifaceted biotechnology initiative including the Downstate Biotechnology Incubator and BioBAT for early-stage and more mature companies, respectively.

SUNY Downstate ranks twelfth nationally in the number of alumni who are on the faculty of American medical schools. More physicians practicing in New York City have graduated from SUNY Downstate than from any other medical school. For more information, visit www.downstate.edu.