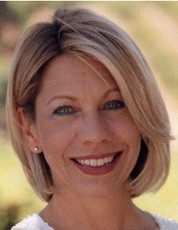 Newswise — Psychologist Dr. Rebecca Turner has rebutted as "complete pseudoscience" Dr. Eric Keroack's claim that too much sex can cause women to lose their ability to bond. Dr. Turner, a professor in the California School of Professional Psychology (CSPP) at Alliant International University, is the author of original research that was misrepresented by Kerouac, President Bush's appointee for the nation's top family-planning post.

"Someone who holds an important government office, such as that to be held by Eric Keroack, MD, should be held accountable in interpreting science and offering it to the public as evidence," said Dr. Turner. "A candidate for this post should be chosen not only because of his political views, but also because of his expertise. His interpretation of the scientific literature does not show sufficient expertise, in my view."

Dr. Keroack has been tapped as deputy assistant secretary for population affairs in the US Department of Health and Human Services (HHS). He will administer $283 million in annual family-planning grants that HHS says are "designed to provide access to contraceptive supplies and information to all who want and need them, with priority given to low-income persons." Dr. Keroack is the co-author of a paper that claims having sex with multiple partners alters brain chemistry in a way that makes it harder to form relationships later in life. Keroack's paper, written in 2001 for a group called the Abstinence Clearinghouse, cited only Turner's pilot work, a paper that was entitled 'Preliminary research...'.

Dr. Turner, whose 1999 paper was published in the peer-reviewed journal Psychiatry, stated, "We all know that strong belief systems do influence the interpretation of any facts. That is why, in science, we put forth our work for critical review by our peers."

"In any case, none of our studies provide a basis for their claims," Dr. Turner averred. Keroack did not cite any of Turner's later, more definitive work.

"Scientific research has shown that the hormone cortisol rises with psychologically-induced stress," Dr. Turner explained. "Our research examined whether blood levels of oxytocin would similarly increase with sad or positive emotions induced by interview discussions and emotionally-evocative film clips. The research was a collaboration between CSPP and the University of California San Francisco (UCSF), and was funded by the National Institutes of Mental Health in 1998. Margaret Altemus, MD, a psychiatrist at the Weill Medical College of Cornell University, was Co-Principal Investigator for the studies. The initial study was cutting-edge research at the time; but, in the end (2002), we did not find changes in oxytocin levels that were related to these emotions."

Dr. Turner stated, "Scholars are deeply concerned that Dr. Keroack's influence on abstinence education and birth control policies in poorer countries may ultimately have bad consequences, especially for youth and women. In this country, women were told for years that shame would befall them and no one would want to marry them if they had sex prior to marriage. In the 1960's, there was a large-scale rebellion against such gender-specific norms.

"Due to concerns about health and emotional development, I certainly would not promote the idea that teenagers should engage in multiple sexual relationships. However, the cautions we give to teens should be based on honest concerns about health and values, not misinformation such as the statement that they will never be able to bond with a partner or have loving attachments in later life. In fact, other research by colleagues in the Division of Adolescent Medicine at UCSF* implies that teens are more likely to heed advice when it is seen as believable."

"It is important that people get the facts straight. Social science research can tell us certain things about how various factors are related to one another, what kinds of interventions are helpful and what underlying causes may be attributed to social problems," Dr. Turner stated. "However, it is very difficult to go from social science evidence to direct policy statements that purport to be right for everyone. It takes many studies and a lot of public debate."

"There are always some human values involved in statements of policy, and it is fairer to the public to acknowledge what those values are," she continued. "This is something we instill in our students at Alliant -- in a free society, we have to be open to debate the evidence, the meaning of the evidence and its quality. At least Dr. Keroack's co-author did acknowledge that they were developing conclusions that no scientists would ever put forth."

Dr. Turner lauded the Boston Globe, which broke the story about Keroack's claims, by digging in to the research Keroack and his coauthor cited. "Most people are not going to go to the original scientific sources (the journals) to see whether the claims of politicians are correct. That's why it is so easy to mislead the public with interpretations of scientific findings."

Keroack currently serves as medical director of the Christian nonprofit A Woman's Concern, based in Dorchester, Massachusetts. In its United Way community listing on the web, the organization states that its goal "is to reflect the love of Christ by providing alternatives to abortion through support, education and practical assistance to those in need..." . Dr. Keroack's HHS appointment does not require Senate approval.

Dr. Turner stated, "A physician in high office should be held not just to the same standards as others who are, by profession, scientists, but to a higher standard because of the magnified impact his or her views will have on the public. That's why it's so important for someone dealing with public policy to be clear about where the science (or social science) stops and where the human values begin."

"Values are important to all of us, so it is most informative to acknowledge what they are. At Alliant, for example, we acknowledge up front that we value multicultural perspectives, that we believe in the rights of all people to contribute to and formulate the dialogue in our field. Those values do influence what we study and how we go about studying human emotion, well-being, and behavior."

In addition to serving as a CSPP Professor at Alliant, Dr. Rebecca Turner, PhD, is also the holder of a public office. This February, she was elected to her second term as chair of the Mental Health Board for the City and County of San Francisco, a body charged with ensuring that clients and family members receive quality mental health services. She is an active member of the California Psychological Association's Board for Industrial/Organizational and Consulting Psychologists.