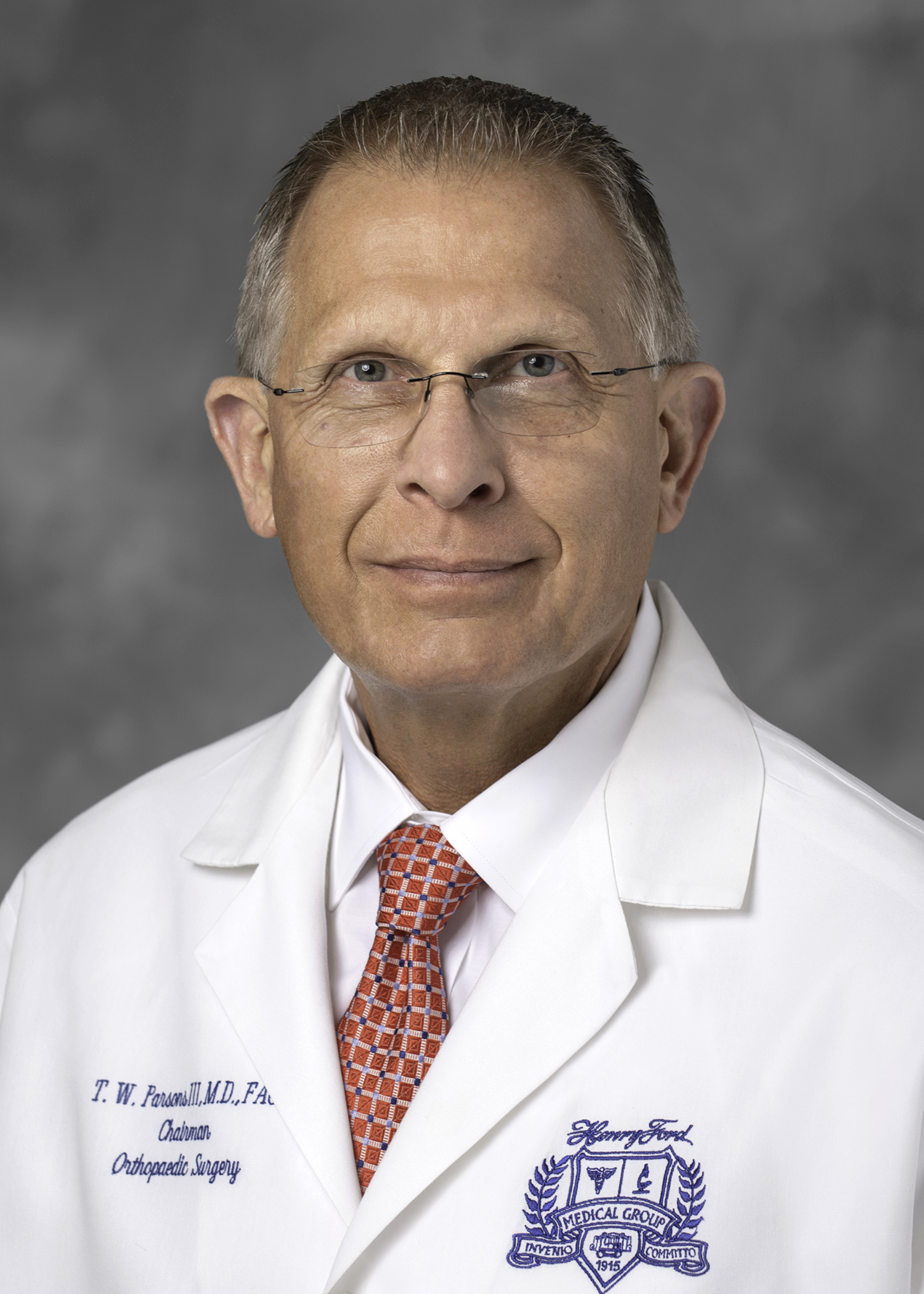 First elected to the AOA’s Presidential Line in 2018, Dr. Parsons has been active in leading committees in planning a range of the AOA’s leadership education programs. Founded in 1887, AOA is the first orthopedic association in the world.

Dr. Parsons serves as chairman of the Department of Orthopaedic Surgery at Henry Ford Hospital, where he holds the Breech Family Endowed Chair of Bone and Joint Medicine. He also holds an appointment as Medical Director for the Orthopaedic Service Line in the Henry Ford Health System, with responsibility for the full spectrum of orthopaedic and musculoskeletal services across the health system. Dr. Parsons chairs the Musculoskeletal Health Clinical Council and serves on several other executive leadership committees. He is also a professor of orthopaedic surgery at Wayne State University School of Medicine.

Dr. Parsons has authored multiple articles and often serves as a visiting professor and invited lecturer at regional, national, and international meetings, review courses and seminars. He has served as an examiner for the American Board of Orthopaedic Surgery, as president of the Michigan Orthopaedic Society, president of the Musculoskeletal Tumor Society, managing director for the Society of Military Orthopaedic Surgeons, and as chair of the Accreditation Council for Graduate Medical Education’s Orthopaedic Residency Review Committee.

He retired from the Air Force in 2007 after 30 years of service where he was the only orthopedic surgeon to receive the Medical Corps’ “Golden Headed Cane Award” for outstanding physician, educator and researcher. He was also awarded major military decorations including the Bronze Star for his service in a combat hospital in Iraq where he served as the medical group deputy commander while caring for wounded coalition forces and civilians.