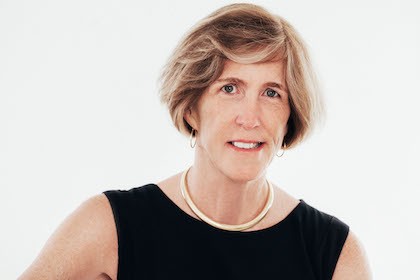 Dr. Helen Hobbs will present the 2018 Harrington Prize Lecture at the Harrington Discovery Institute in Cleveland on April 20.

Newswise — DALLAS – March 19, 2018 – UT Southwestern Medical Center geneticist Dr. Helen Hobbs is the 2018 recipient of the Harrington Prize for Innovation in Medicine for her discovery of a novel way to reduce cholesterol. Dr. Hobbs, Director of the Eugene McDermott Center for Human Growth and Development, Professor of Internal Medicine and Molecular Genetics, is the fifth recipient of the Harrington Prize and the first woman to be honored.

The award is being presented to Dr. Hobbs, who is an Investigator for the Howard Hughes Medical Institute, for her discovery of the link between a mutation in the PCSK9 gene and low levels of cholesterol. Not only did her discovery lead to the swift development of a drug to lower refractory high cholesterol and thus prevent heart disease, but her research also changed the methodology used by many genetic researchers.

Dr. Daniel K. Podolsky, President of UT Southwestern, said Dr. Hobbs’ work is noteworthy both for its innovative methodology and its dramatic findings.

Dr. Hobbs made the startling discovery of the effect of PCSK9 mutation using data from theDallas Heart Study, a population-based study of 3,500 residents of Dallas County. The Dallas Heart Study provided a large database of ethnically diverse individuals for whom researchers had both genetic information and data on physical traits. While genetic research previously had focused on the most common genetic alleles associated with disease, Dr. Hobbs looked at rare mutations. Her discovery of an individual who had mutations in the PCSK9 gene and also had hyper-low cholesterol levels prompted drug companies to quickly translate this research into a powerful cholesterol-fighting drug.

“Through the application of the power of genetics, the Dallas Heart Study, which Dr. Hobbs co-founded, will undoubtedly continue to be an engine for discovery for decades to come,” Dr. Podolsky said.

The Harrington Prize for Innovation in Medicine was established in 2014 by the Harrington Discovery Institute at University Hospitals Case Medical Center in Cleveland and the American Society for Clinical Investigation (ASCI). It honors physician-scientists who have advanced science with achievements that are both innovative and have potential for clinical application.

“This prize recognizes the work I have done with Professor of Internal Medicine Dr. Jonathan Cohen and the many terrific students and fellows in my laboratory,” said Dr. Hobbs, who holds the Philip O'Bryan Montgomery, Jr., M.D. Distinguished Chair in Developmental Biology, Eugene McDermott Distinguished Chair for the Study of Human Growth and Development, and the 1995 Dallas Heart Ball Chair in Cardiology Research. “Special thanks to Chairman Emeritus of Internal Medicine Dr. Donald Seldin, who single-handedly changed the course of my career by suggesting I try basic research, and Nobel Laureates Dr. Michael Brown and Dr. Joseph Goldstein, for the tough, rigorous yet supportive environment in which I trained as a scientist.”

A committee of members of the ASCI Council and the Harrington Discovery Institute Scientific Advisory Board reviewed nominations from leading academic medical centers from three countries before selecting Dr. Hobbs as the 2018 recipient. The prize carries an honorarium of $20,000. As the winner, Dr. Hobbs will present the 2018 Harrington Prize Lecture at the Harrington Discovery Institute in Cleveland on April 20, and an essay composed by Dr. Hobbs will be published in The Journal of Clinical Investigation.