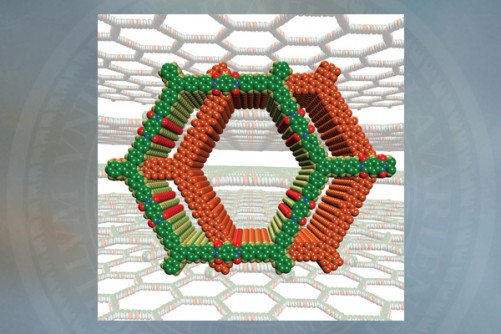 University of Delaware researcher Yushan Yan has reported a significant advance in the creation of organic zeolites in the journal Nature Communications. 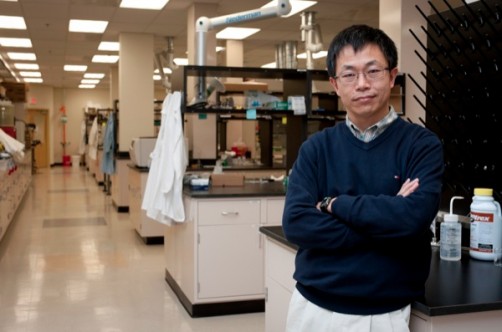 Yushan Yan, Distinguished Professor of Engineering at the University of Delaware, is known worldwide for using nanomaterials to solve problems in energy engineering, environmental sustainability and electronics.

Newswise — Yushan Yan, Distinguished Professor of Engineering at the University of Delaware, is known worldwide for using nanomaterials to solve problems in energy engineering, environmental sustainability and electronics.

His early academic work focused on zeolites, porous rock with a well-defined, crystalline structure. At the atomic scale, their pore size is so precisely decided that zeolites can separate molecules with size differences of merely a fraction of an angstrom (one-tenth of a nanometer), making them useful to the chemical and petroleum industries as molecular sieves for separation and catalysis processes.

“There is a dream out there to build organic zeolites. If you can create organic zeolites, you can do more and even better catalysis and better separations. It opens the door for applications previously thought impossible,” he says.

Traditionally, zeolites have been derived from inorganic material like silicon or aluminum. For the past several years, Yan has focused on combining zeolites with organic polymers whose main component is carbon, oxygen, hydrogen or nitrogen.

The challenge in creating organic zeolites, also known as crystalline porous polymers, is that organic polymers like to be amorphous; they do not normally exhibit a pristine crystalline structure.

Yan explains that converting these polymers into a crystalline material is difficult because it requires reactions that are reversible. But polymers typically are created when identical molecules (or monomers) react and form an irreversible bond.

“Think of building a house. If the moment a builder touches one metal beam to another they become stuck together, it would make construction very difficult. In the same way, molecules don’t always bond perfectly the first time, and they may need to detach, adjust and reattach to achieve a desired structure. If the reaction is irreversible, molecules can get stuck in a non-ideal position,” he says.

Using a mixed solvent with low solubility, Yan’s research team devised a way to slow the polymer’s intrinsic reactivity down, allowing it to be reversible. At the same time, lowering the temperature reduced the molecules’ reactivity and lengthened the reaction time, allowing the molecules to adjust their alignment before becoming connected.

The result is a crystalline porous material with large pores, a large surface area (2,346 square meters — the equivalent of nearly half an American football field — per gram) and excellent thermal stability (530 degrees C).

According to Yan, the technique and the new materials it produces can be immediately useful in catalysis and separations for chemicals production and hydrocarbon conversion for energy applications. He also sees potential for organic zeolites to influence energy research, particularly in membrane development, and fuels cells and battery applications.

“Using organic zeolites in a membrane configuration for separation would naturally reduce the energy cost for separation. I want to leverage this discovery and put forward a new concept in the development of membranes,” Yan says.

Yushan Yan joined the College of Engineering as Distinguished Professor of Engineering, in 2011. At UD, he is affiliated with the Department of Chemical and Biomolecular Engineering, the Center for Catalytic Science and Technology and the UD Energy Institute (UDEI).

Prior to joining UD, Yan served as Presidential Chair of the Department of Chemical Engineering at the University of California, Riverside, where his research group was the first to demonstrate the use of zeolite thin films for semiconductors and aerospace applications and new materials for fuel cells, energy storage and solar hydrogen generation.

An AAAS Fellow, Yan’s current research focuses on development of electrochemical energy conversion devices including fuel cells, electrolyzers, solar hydrogen generation and flow batteries. In particular his group has made significant progresses in developing new fuel cell catalysts and membranes to reduce the cost and improve the durability of fuel cells. 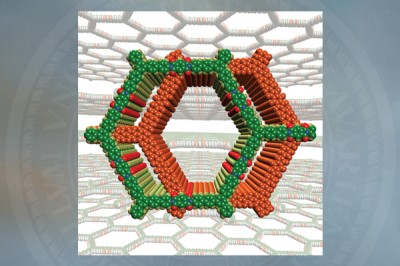 Caption: University of Delaware researcher Yushan Yan has reported a significant advance in the creation of organic zeolites in the journal Nature Communications. 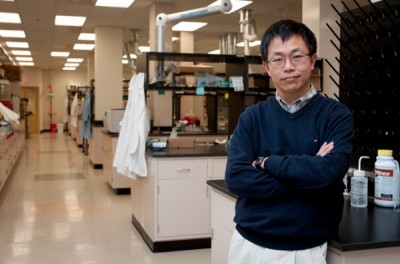 Caption: Yushan Yan, Distinguished Professor of Engineering at the University of Delaware, is known worldwide for using nanomaterials to solve problems in energy engineering, environmental sustainability and electronics.