Dream Symbols Could Help in Psychotherapy 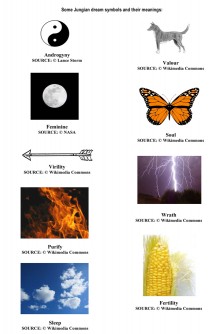 Some examples of Jungian dream images and their meanings. 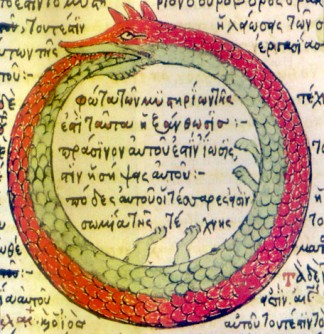 The ouroboros (a snake or dragon eating its tail, symbolizing 'eternity') is one of hundreds of images and symbols that arise in dreams, art and culture - such as this image from 1478, based on an early medieval work.

Newswise — Dream images could provide insights into people's mental health problems and may help with their treatment, according to a psychology researcher from the University of Adelaide.

Dr Lance Storm, a Visiting Research Fellow with the University of Adelaide's School of Psychology, has been studying dream symbols (or "archetypes") and their meanings, as described by the famous psychologist and psychiatrist, Carl Jung.

In the early 1900s, Jung proposed that these archetypes were ancient images stemming from humans' collective unconscious. He believed that dream symbols carried meaning about a patient's emotional state which could improve understanding of the patient and also aid in their treatment.

In a paper about one of Dr Storm's non-clinical studies - to be published next year in the International Journal of Jungian Studies, and currently published online - he supports Jung's theories and recommends that dream analysis be explored further for potential clinical use.

"Jung was extremely interested in recurring imagery across a wide range of human civilizations, in art, religion, myth and dreams," says Dr Storm.

"He described the most common archetypal images as the Hero, in pursuit of goals; the Shadow, often classed as negative aspects of personality; the Anima, representing an element of femininity in the male; the Animus, representing masculinity in the female; the Wise Old Man; and the Great Mother.

"There are many hundreds of other images and symbols that arise in dreams, many of which have meanings associated with them - such as the image of a beating heart (meaning 'charity'), or the ouroboros, which is a snake eating its own tail ('eternity'). There are symbols associated with fear, or virility, a sense of power, the need for salvation, and so on.

"In Jungian theory, these symbols are manifestations of the unconscious mind; they are a glimpse into the brain's 'unconscious code', which we believe can be decrypted," he says.

Dr Storm argues that Jung's theories have practical significance and could broaden the range of options available to patients undergoing treatment for mental health problems. "Our research suggests that instead of randomly interpreting dream symbols with educated guesswork, archetypal symbols and their related meanings can be objectively validated. This could prove useful in clinical practice," he says.

"We believe, for example, that dream analysis could help in the treatment of depression. This is a rapidly growing area of mental health concern, because depressive people are known to experience prolonged periods of rapid eye movement (REM) sleep, which is directly linked with emotional processing and dreaming." 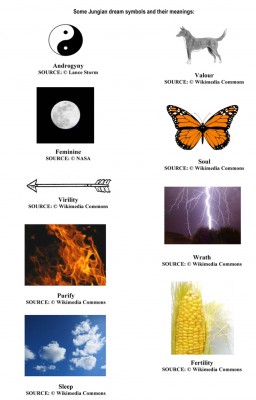 Caption: Some examples of Jungian dream images and their meanings. 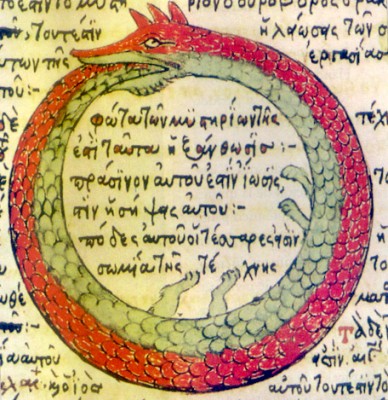 Caption: The ouroboros (a snake or dragon eating its tail, symbolizing 'eternity') is one of hundreds of images and symbols that arise in dreams, art and culture - such as this image from 1478, based on an early medieval work.