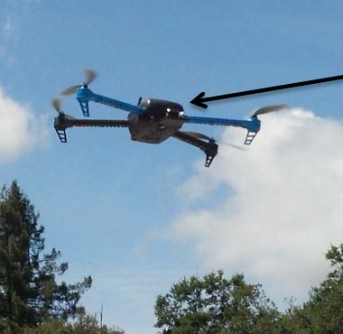 Lawrence Livermore researchers flew test campaigns with two commercial drones and developed an estimate of the energy needed to deliver a package in various scenarios. They also considered how battery technology and drone design will improve over time.

Newswise — By getting your next package delivered by drone, you could be saving energy, but only if companies deploy drones sensibly.

New research by Lawrence Livermore National Laboratory, Carnegie Mellon University, SRI International and the University of Colorado at Boulder shows that drone-based delivery could reduce greenhouse gas emissions and energy use in the transportation sector. The research appears in the Feb. 13 edition of Nature Communications.

Drones have been used for years by the military and government but using drones for commercial package delivery is becoming a new industry. Several companies are developing programs for package delivery using drones, including Amazon, Google, UPS and Deutsche Post DHL. The researchers set out to find if drone delivery is a promising idea for the environment or whether, like conventional overnight package delivery, it leads to much higher energy use and carbon emissions.

To find out, the researchers flew test campaigns with two commercial drones and developed an estimate of the energy needed to deliver a package in various scenarios. They also considered how battery technology and drone design will improve over time. Then, using Life Cycle Assessment, they compared the drone scenarios with delivery by truck, van and passenger car. The technique accounts for upstream impacts, like emissions from manufacturing the batteries or refining oil into diesel fuel.

The researchers found that the current practical range of multi-copter drones is about 4 kilometers, which means a new network of urban warehouses or waystations would be needed to support a drone delivery system. These warehouses, in turn, would take energy to run. Although drones consume less energy per package-mile than delivery trucks, the additional warehouse energy required, and the longer distances traveled by drones per package greatly increase the life-cycle impacts.

Overall, the results are mixed, and the best choice depends on things like the size of the drone, the weight of the package, and the types of power plants on the regional electricity grid. Drones are favored in regions with relatively clean electricity, like California.

“A light package – say, a pair of sunglasses – flown by a small drone over a few miles, saves a lot of energy and greenhouse gas emissions compared to a delivery truck. But a larger package – say, a computer monitor – flown by a drone large enough to carry it, probably does worse than a delivery truck,” said LLNL scientist Joshua Stolaroff and lead author of the paper.

Are there ways to make larger drones more efficient than trucks and vans?

“Yes,” Stolaroff says. “Charging drones only with renewable and low-carbon electricity would be the easiest way. They also might find creative ways to deliver goods from existing retail stores rather than building additional warehouses.  The bottom line is to pay attention to life-cycle impacts when designing both the drone and logistics network.”

The researchers recommend that regulators and companies looking to get an environmental benefit from drones should consider the systemwide impacts, and focus their efforts on small packages, with larger packages being left for trucks and vans.

The work was funded in part by the Climate and Energy Decision Making center through a cooperative agreement between the National Science Foundation and Carnegie Mellon University.