On July 27, 2016, Michigan-based Vayu, Inc., in collaboration with the Stony Brook University Global Health Institute completed the first ever series of long-range, fully autonomous drone delivery flights with blood and stool samples, setting records in the process. The samples were flown from villages in rural Madagascar to Stony Brook University's Centre ValBio, a central testing facility located adjacent to Ranamafana National Park, over hilly terrain without any road infrastructure. The unique ability of Vayu’s delivery drone to take off and land anywhere solves that problem and helps vulnerable rural communities to get the medical care they deserve. 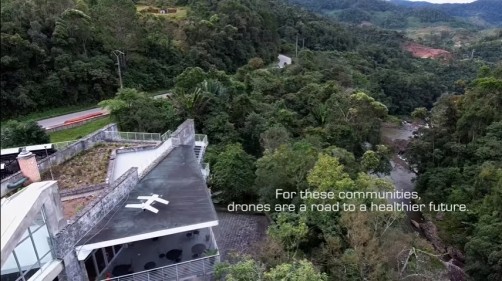 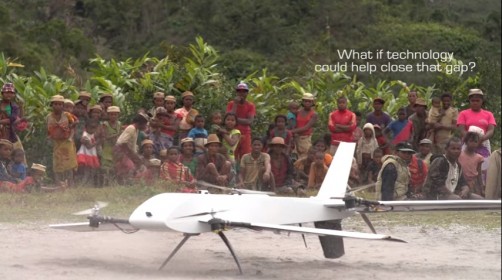 The unique ability of Vayu’s drone to take off and land like a helicopter and fly long distances could help innumerable vulnerable remote communities get the medical care they deserve. 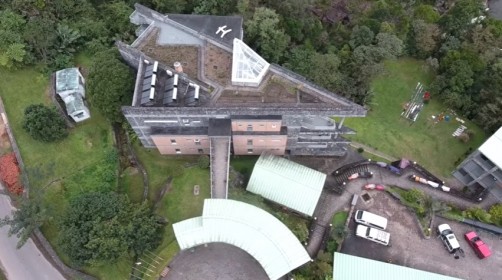 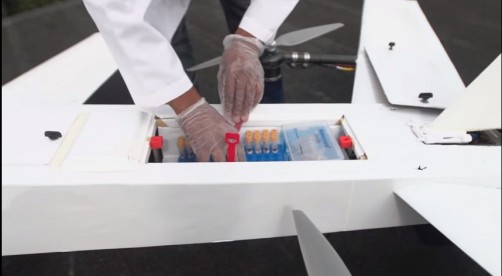 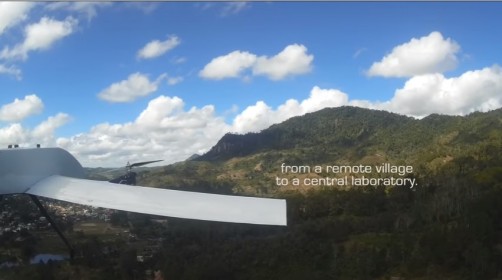 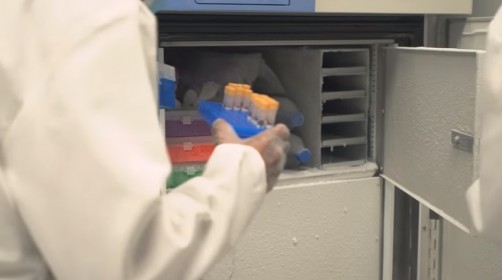 Newswise — Stony Brook, NY, August 5, 2016 -- Drones have become ubiquitous in our society; there is a national drone film festival, a national drone racing championship, and drones are being used extensively by the military for surveillance. But what would the world look like if this technology were used to improve the lives of the global poor? For the first time in history, drones are being used in a new, life-saving way to improve healthcare for vulnerable rural communities where delivery of care is hampered by poor or non-existent roads. Vayu, Inc. and Stony Brook University, with support from Madagascar government and backing from the United States Agency for International Development (USAID), completed the first ever series of long-range, fully autonomous drone flights with blood and stool samples (watch video). The samples were flown from villages in rural Madagascar to Stony Brook University’s Centre ValBio research station, for further testing. The unique ability of Vayu’s drone to take off and land like a helicopter and fly long distances could help innumerable vulnerable remote communities get the medical care they deserve.

“The flights to and from villages in the Ifanadiana district [of Madagascar] ushers in a new era in bringing healthcare to people living in really remote settings,” said Dr. Peter Small, the Founding Director of Stony Brook’s Global Health Institute. “This would not have been possible without the support of the government and people of Madagascar “In this context drones will find innumerable uses such as accelerating the diagnosis of tuberculosis and ensuring the delivery of vaccines.” Like many of the diseases that plague developing countries, the diagnosis can only be done in a lab and blood and stool samples must be transported quickly. Aware of the lack of roads leading to the communities most heavily burdened by these disease, faculty and students from Stony Brook University Medical Center sought out innovative solutions. They partnered with Vayu, Inc., a startup that was founded with the specific purposes of developing first-of-its-kind medical delivery drones as a way to transport blood, stool and tissue samples to the Centre ValBio research station for quick evaluation diagnosis. Ultimately, this partnership will be able deliver the proper medications in the most timely and urgent manner, putting these communities on the road to better health.

“Vayu's accomplishment is as significant for the field of public health in developing countries, where limited access hinders healthcare as it is for the future of autonomous unmanned vehicles,” said Vayu’s CEO, Daniel Pepper, a former international journalist and medical student-turned-founder of Vayu. ### About Stony Brook UniversityPart of the State University of New York system, Stony Brook University encompasses 200 buildings on 1,450 acres. Since welcoming its first incoming class in 1957, the University has grown tremendously, now with more than 25,000 students and 2,500 faculty. Its membership in the prestigious Association of American Universities (AAU) places Stony Brook among the top 62 research institutions in North America. U.S. News & World Report ranks Stony Brook among the top 100 universities in the nation and top 40 public universities, and Kiplinger names it one of the 35 best values in public colleges. One of four University Center campuses in the SUNY system, Stony Brook co-manages Brookhaven National Laboratory, putting it in an elite group of universities that run federal research and development laboratories. A global ranking by U.S. News & World Report places Stony Brook in the top 1 percent of institutions worldwide. It is one of only 10 universities nationwide recognized by the National Science Foundation for combining research with undergraduate education. As the largest single-site employer on Long Island, Stony Brook is a driving force of the regional economy, with an annual economic impact of $4.65 billion, generating nearly 60,000 jobs, and accounts for nearly 4 percent of all economic activity in Nassau and Suffolk counties, and roughly 7.5 percent of total jobs in Suffolk County. Through the work done at the Global Health Institute and Centre ValBio, Stony Brook University is committed to improve human health and the ecosystems we depend on Madagascar and other developing countries. 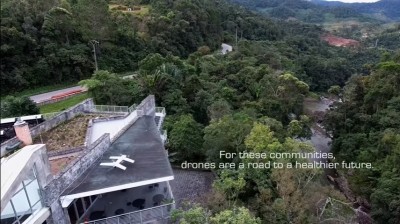 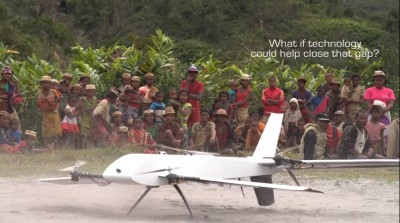 Caption: The unique ability of Vayu’s drone to take off and land like a helicopter and fly long distances could help innumerable vulnerable remote communities get the medical care they deserve. 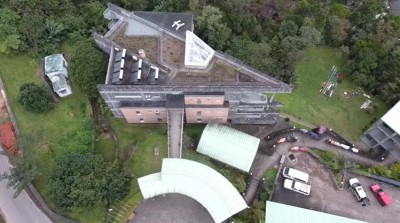 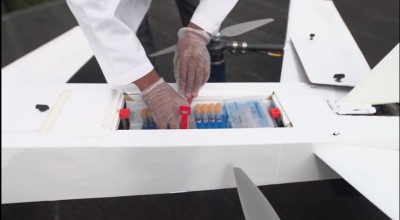 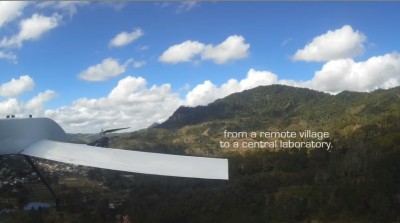 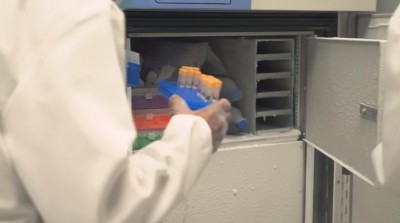