Drowning While Away From the Water

Drowning isn’t always violent and chaotic: It can be unassuming—and outside of a pool 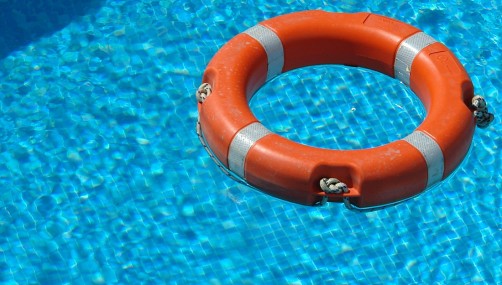 Newswise — Drowning is one of the biggest problems in the United States, and considering the number of people who will head to bodies of water to cool off this summer, we are entering the riskiest months. According to the Centers for Disease Control and Prevention (CDC), every day, about 10 people die from drowning. Two out of these 10 are children aged 14 or younger, and drowning ranks fifth among the leading causes of unintentional injury death in the United States and the leading cause of unintentional death in children ages 1 to 4.

While many people associate drowning with submersion and struggling, it’s important to know that there’s a different type of drowning that can occur—even hours after you’re on dry land.

Many people know what accidental drowning is, but there are actually other types of drowning that are less prominent, but just as fatal: dry drowning and secondary drowning.

“These are sometimes used interchangeably, but they are very different,” said Jessica Lanerie, MD, associate professor at the Texas A&M College of Medicine and pediatrician with the Kelsey-Seybold clinic. “Dry drowning typically happens minutes after submersion, when water reaches the vocal cords and causes them to spasm, which blocks off the airway. Secondary drowning is what is we have been seeing a lot more in the news, and that happens within 24 hours after leaving the water.”

Both of these types of drownings have an additional scariness to them because they can happen while the person is above water or on dry land. The important difference between them is that dry drowning affects the vocal cords while secondary drowning affects the lungs. With secondary drowning, water reaches the lungs, where it can stay for several hours and disrupt a chemical process and produce inflammation. This inflammation can exacerbate the pulmonary edema (fluid in the lungs), block the lower airways and cause difficulty breathing.

Secondary drowning is rare, but is more likely to happen in children than adults. Adults do have some risk; however, they are more likely to recognize something is wrong.

Secondary drowning is still extremely rare, but knowing how to recognize it can save a life. If your child was submerged or accidentally ingested water, look for the following signs:

“The big keys to identifying secondary drowning are looking for respiratory troubles,” Lanerie said. “If your child is vomiting, has difficulty breathing and is sleeping or is struggling to stay awake, then seek emergency care. On the other hand, it’s common for children to get sick, so if it’s just a cough, then you may just need to call your health care provider to schedule an appointment.”

If your child had a near drowning experience where they were submerged and in distress, then you should take them to the emergency room. The staff will monitor a near-drowning survivor to ensure that they didn’t damage their lungs.

However, as important it is to be able to spot the signs of secondary drowning, the best way to keep your child safe is through prevention and practicing water safety.

Being safe around water

“When you’re being safe around water, you’re reducing the risk of drowning and secondary drowning,” Lanerie said. “The best way to keep your child safe is to take proper precautions in the water.”

Keep an eye on your children at all times. Children can drown in seconds and in silence. Teach them how to swim or enroll them in swimming lessons. Use personal flotation devices that are U.S. Coast Guard approved for children, but don’t rely on them alone.

“Life jackets are helpful, but they don’t replace having an adult close by,” Lanerie said. “Have a designated adult, or adults, at the site whose purpose is to watch the children.”

If you own a pool, make sure that the fence and self-latching gate are in working order, and never allow children to swim in your pool unattended or while you are away. Also make sure the pool has compliant drain covers to prevent children from becoming trapped below water by the suction.