“This is one of the biggest steps toward making this disease a chronic condition in the near future,” says one author of a study on the therapy 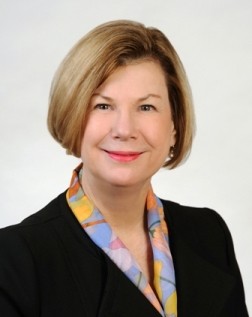 Newswise — Treatment combining chemotherapy with two drugs lengthens survival of patients with HER2-positive metastatic breast cancer by an average of nearly 16 months, according to a study led by Sandra M. Swain, MD, medical director, Washington Cancer Institute at MedStar Washington Hospital Center. The results from the CLEOPATRA trial were published today in the New England Journal of Medicine.

The CLEOPATRA trial, conducted around the world from 2008 to 2010, studied 808 patients with previously untreated HER2-positive breast cancer that was metastatic, meaning it had spread to other parts of their body. Patients lived around 16 months longer if treated with a combination of the drug Perjeta, combined with Herceptin and chemotherapy, compared to those treated with Herceptin-only plus chemotherapy.

In the study, patients received either Perjeta with Herceptin and chemotherapy or placebo with Herceptin and chemotherapy in the control group. The median overall survival for patients who received the Perjeta regimen was 56.5 months, compared with 40.8 months for those in the control group, a difference of 15.7 months. The study also revealed patients’ cancer did not get worse for 6.3 months longer in the Perjeta group.

While the study authors had previously reported that combining the two drugs with chemotherapy extended survival, it was not known by how much because there had not been follow-up with patients for long enough.

“Clinical trials are invaluable as this study proves, and this data will be incredibly meaningful to patients and their families,” added Dr. Swain.

The CLEOPATRA trial was a Phase III, randomized, double-blind, placebo-controlled study, which means neither the patients nor the researchers know who is getting a placebo and who is getting the treatment. The study was designed by senior academic authors and representatives of the sponsors, Roche and Genentech.