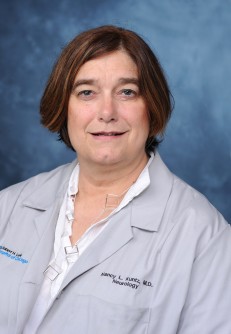 Newswise — More than half of the babies with infantile-onset spinal muscular atrophy (SMA) who were treated with nusinersen (Spinraza) gained motor milestones, compared to none of the babies in the control group. Infants treated with the drug also had 63 percent lower risk of death. These final results from the 13-month, international, randomized, multicenter, sham procedure-controlled, phase 3 trial called ENDEAR were published in the New England Journal of Medicine.

Babies born with SMA, a genetic disorder affecting nerves that control muscle movement, cannot hold up their heads, roll over or sit up independently. They often do not survive beyond 2 years of age.

Nusinersen was the first drug for SMA to receive approval by the U.S. Food and Drug Administration (FDA) after an interim analysis of the ENDEAR trial showed positive results.

Due to a genetic defect, infants with SMA do not produce enough survival motor neuron (SMN) protein, which is critical for the maintenance of motor nerve cells. Nusinersen is designed to increase production of fully functional SMN protein by regulating gene expression. The drug is administered by injection into the spinal fluid. Repeated doses are needed.

“While we saw exciting improvements in babies with SMA, our findings also show that nusinersen is not a cure,” said Kuntz. “None of the infants treated with the drug achieved normal motor development and some did not survive. Others, despite treatment, still needed support with feeding and breathing. We observed, however, that starting treatment earlier maximizes the benefit of the drug.”

The study was supported by Biogen and Ionis Pharmaceuticals.