Researchers film invasive Colombian hippos. UC San Diego scientists and their colleagues have published the first scientific assessment of the impact that an invasive hippo population, imported by infamous drug lord Pablo Escobar, is having on Colombian aquatic ecosystems. The study revealed that the hippos are changing the area’s water quality by importing large amounts of nutrients and organic material from the surrounding landscape. 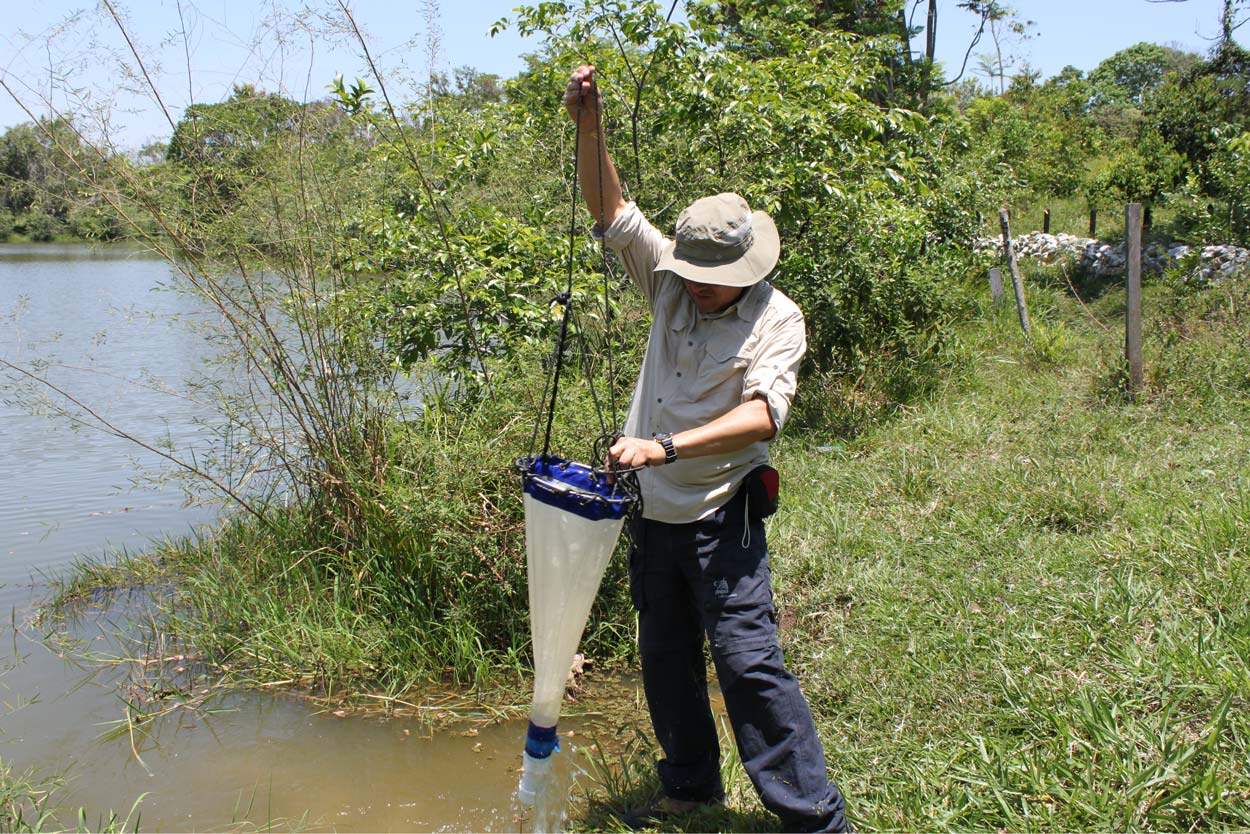 At Pablo Escobar’s former hacienda, tourists are warned about the dangerous presence of an expanding hippo population. Colombian officials will use new scientific evidence to evaluate how to handle an invasive hippo population that could number thousands in the decades ahead.

Newswise — Four hours east of Medellín in northern Colombia’s Puerto Triunfo municipality, the sprawling hacienda constructed by infamous drug lord Pablo Escobar of “Narcos” fame has become a tourist attraction. When Escobar’s empire crashed, the exotic animals housed at his family’s zoo, including rhinos, giraffes and zebras, were safely relocated to new homes… except for the hippopotamuses.

With no safe or practical way to remove the animals, the original population of four hippos has since ballooned to more than 80, per the last estimate (background story here).

Now, scientists at the University of California San Diego and their colleagues in Colombia have provided the first scientific assessment of the impact the invasive animals are having on Colombian aquatic ecosystems. Their study is published in the journal Ecology.

“This unique species has a big impact on its ecosystem in its native range in Africa, and we found that it has a similar impact when you import it into an entirely new continent with a completely different environment and cast of characters,” said UC San Diego Biological Sciences Professor Jonathan Shurin. “It’s clear that this effect might include negative consequences for water quality and water resources by fueling harmful algae and bacteria.”

Spanning two years, the research team completed a comprehensive assessment of water quality, oxygen levels and stable isotope signatures, comparing lakes with hippo populations to those without. The researchers also compared the microbiomes in the lakes, along with assessments of insects, crustaceans and other organisms.

The study revealed that the hippos are changing the area’s water quality by importing large amounts of nutrients and organic material from the surrounding landscape. Since the nocturnal animals feed on land most of the night and spend their days cooling off in the water, their large inputs of waste are altering the chemistry and oxygen of the lakes.

“The effect of fertilizing all those bacteria and algae increases the productivity in the water,” said Shurin. “We found that the lakes are more productive when they have hippos in them. This can change the kinds of algae and bacteria and can lead to problems like eutrophication, or excess algae production that can lead to harmful algal blooms similar to red tides.”

From an historical perspective, the hippos offer a rare opportunity to study the types of massive animals that have largely disappeared in the Americas and their influence on new ecosystems. They provide a snapshot of a period thousands of years ago when gigantic creatures such as mammoths and mastodons roamed the Americas.

From a practical viewpoint, the new study provides Colombian officials with scientific evidence of how the hippos are disrupting the area’s aquatic ecosystems. The researchers estimate that the hippo population will continue to grow dramatically in the years ahead. Their growth spurs many new questions such as how the expanding population interacts with local animals, including manatees, caymans and giant river turtles that inhabit nearby rivers.

Hippos tend to be extremely difficult to catch and can be very dangerous to confront.

“If you plot out their population growth, we show that it tends to go exponentially skyward,” said Shurin. “In the next couple of decades there could be thousands of them. This study suggests that there is some urgency to deciding what to do about them. The question is: what should that be?”

The answer, according to Shurin, is much easier to address when there are 80 hippos rather than thousands.

Caption: At Pablo Escobar’s former hacienda, tourists are warned about the dangerous presence of an expanding hippo population.

Caption: Colombian officials will use new scientific evidence to evaluate how to handle an invasive hippo population that could number thousands in the decades ahead.