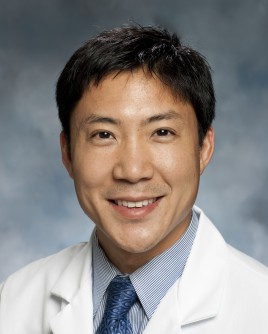 Newswise — New Brunswick, N.J., February 13, 2017 – Post-operative recovery and length of hospital stay are critical things to consider when having major surgery. A drug commonly given to reduce the side effects of strong post-surgery pain medications has been found to reduce the length of hospital stays for patients who have undergone major gastrointestinal or bladder cancer procedures. An investigator at Rutgers Cancer Institute of New Jersey explored whether this drug would have a similar impact on patients undergoing surgery for testicular cancer and found use of this drug may facilitate gastrointestinal recovery and have other benefits. Results of the work are being presented at the 2017 Genitourinary Cancers Symposium (co-sponsored by the American Society of Clinical Oncology, American Society for Radiation Oncology and the Society of Urologic Oncology) in Orlando later this week.

Some men with testicular cancer undergo a complex surgical procedure known as retroperitoneal lymph node dissection (RPLND) to remove abdominal lymph nodes and masses that persist after chemotherapy. This procedure can be associated with delayed gastrointestinal recovery that can result in a longer hospital stay for the patient. Studies have shown that the drug alvimopan significantly accelerates recovery of gastrointestinal function and shortens the hospital stay for patients undergoing gastrointestinal or bladder cancer surgery. Rutgers Cancer Institute urologic oncologist Thomas L. Jang, MD, MPH, and colleagues from Rutgers Robert Wood Johnson Medical School further explored the effect of alvimopan on men with testicular cancer who underwent the RPLND procedure.

Dr. Jang, who is also an assistant professor of surgery at Rutgers Robert Wood Johnson Medical School, performed the RPLND procedure on 29 patients from 2010 to 2016; 23 of these procedures were done following chemotherapy. All patients underwent bilateral template dissection and nerve sparing when feasible. Data on those who received alvimopan was prospectively collected and compared to a historical cohort of patients who did not receive the drug. Post-surgery pain control regimens were similar between the two groups.

“RPLND is a technically challenging procedure that can be associated with peri-operative morbidity and delay in recovery of gastrointestinal function. Strategies that enhance post-surgery recovery, such as the adoption of alvimopan in recovery pathways, may minimize gastrointestinal side effects and shorten the length of hospital stay for these men. We aim to validate these findings through a randomized controlled clinical trial at Rutgers Cancer Institute in the near future,” adds Jang.