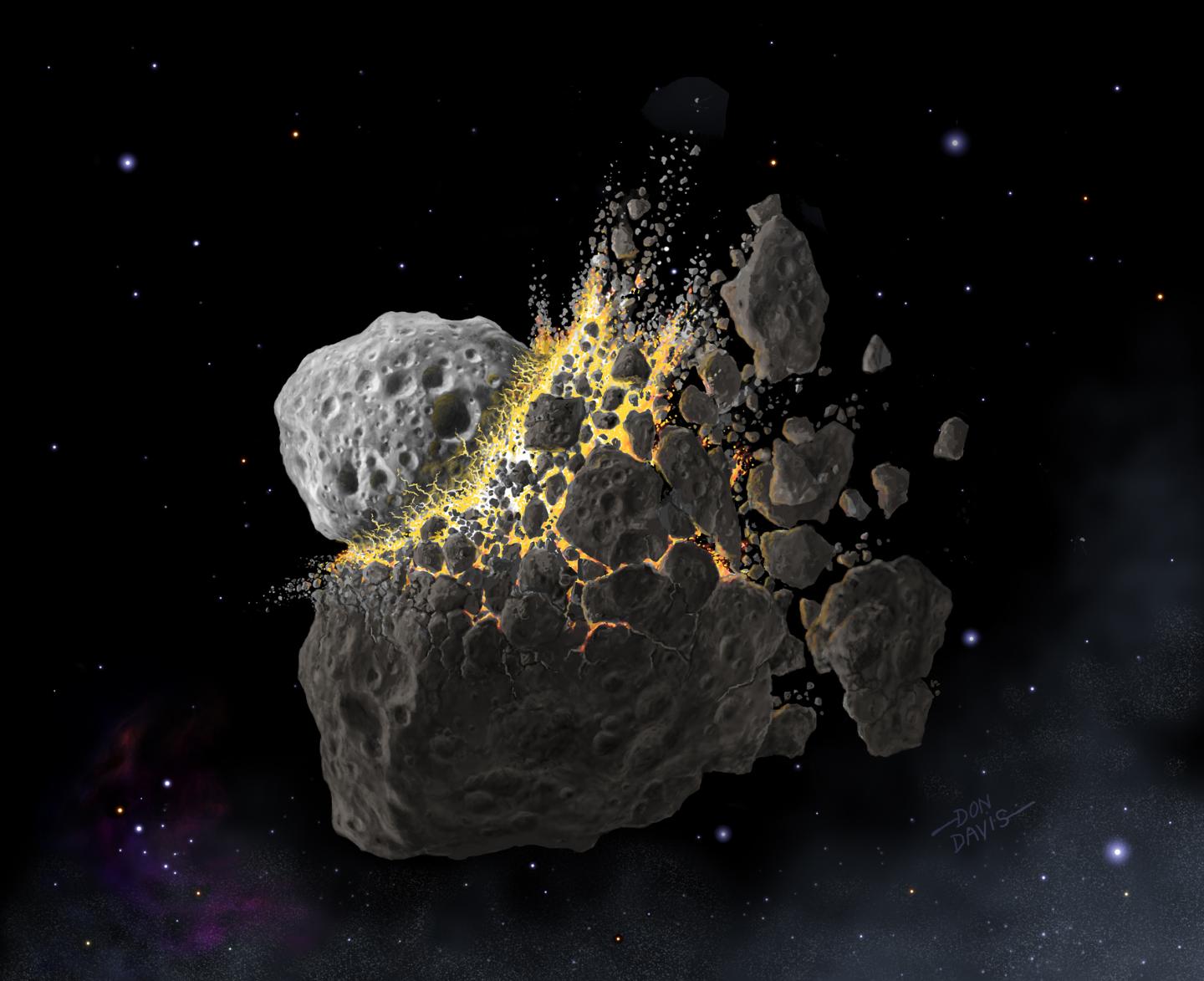 This is an illustration of the giant asteroid collision in outer space that produced the dust that led to an ice age on Earth. 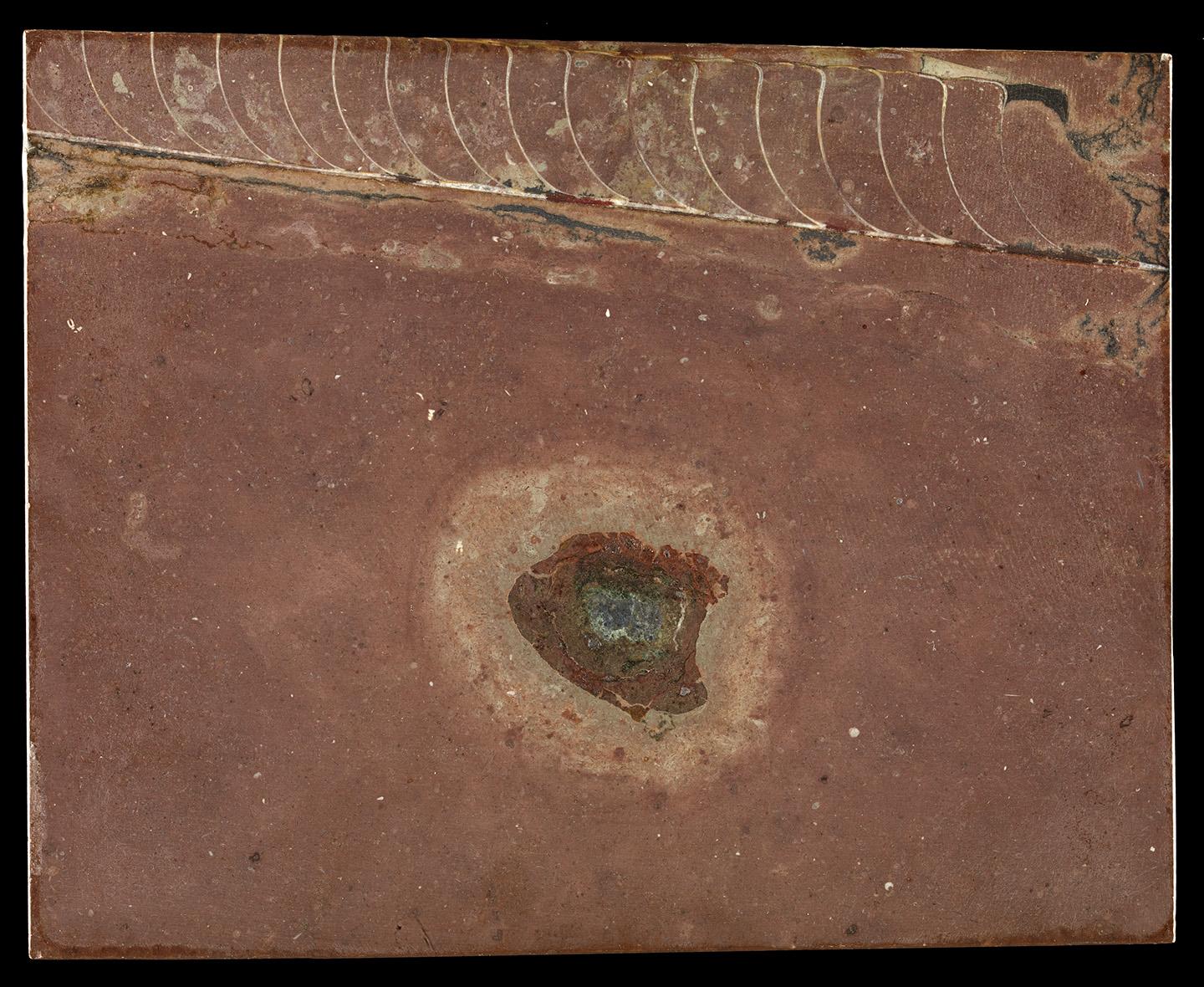 This is a 466-million-year-old fossil meteorite, created in the same asteroid collision that caused the dust that led to an ice age. Along the top of the photo is the fossil of a squid-like creature called a nautiloid. 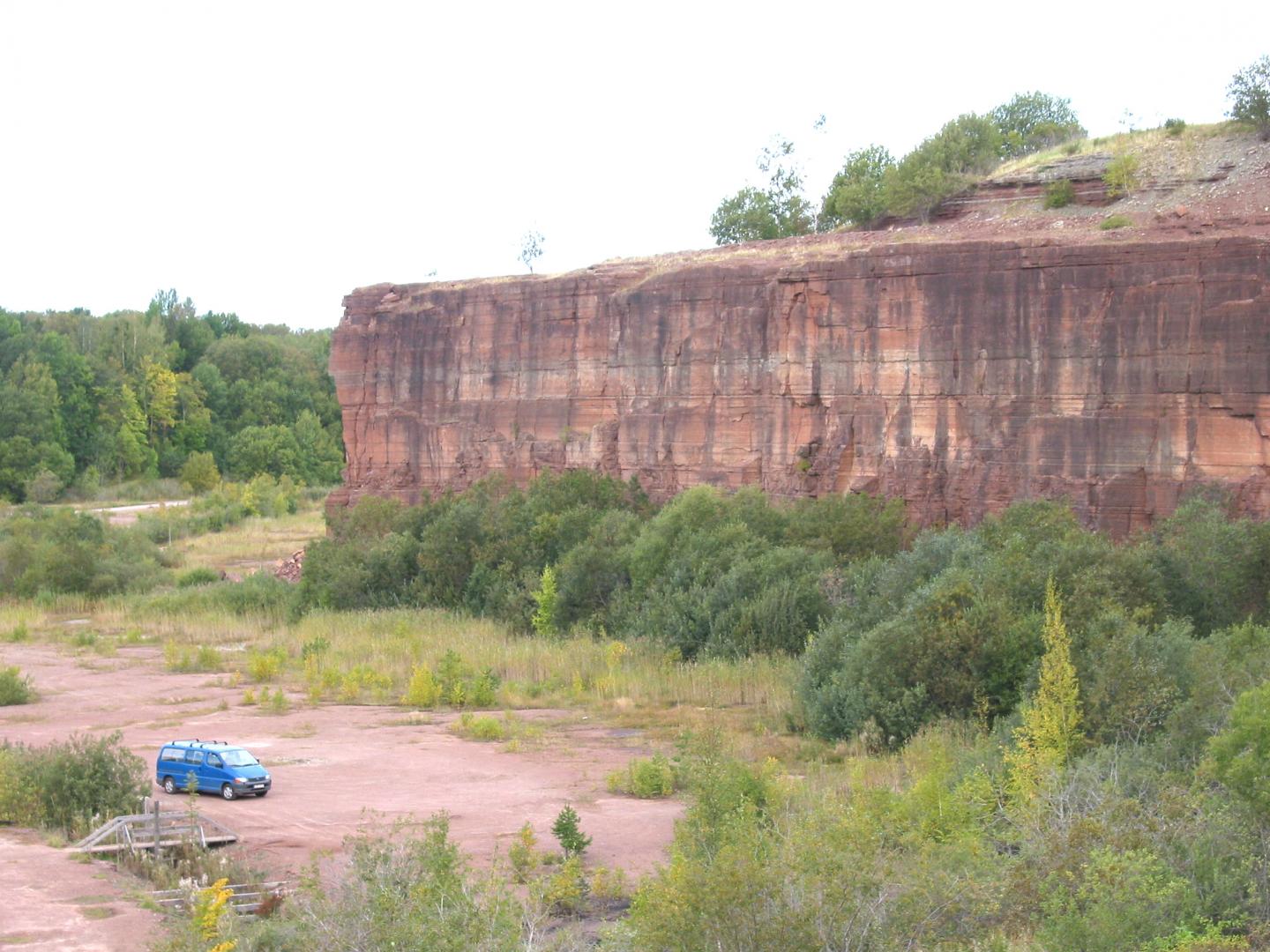 These are cliffs made of sedimentary rock that was once an ancient seabed. The gray horizontal line in the rock shows where the dust from the asteroid collision fell.

Newswise — About 466 million years ago, long before the age of the dinosaurs, the Earth froze. The seas began to ice over at the Earth's poles, and the new range of temperatures around the planet set the stage for a boom of new species evolving. The cause of this ice age was a mystery, until now: a new study in Science Advances argues that the ice age was caused by global cooling, triggered by extra dust in the atmosphere from a giant asteroid collision in outer space.

There's always a lot of dust from outer space floating down to Earth, little bits of asteroids and comets, but this dust is normally only a tiny fraction of the other dust in our atmosphere such as volcanic ash, dust from deserts and sea salt. But when a 93-mile-wide asteroid between Mars and Jupiter broke apart 466 million years ago, it created way more dust than usual. "Normally, Earth gains about 40,000 tons of extraterrestrial material every year," says Philipp Heck, a curator at the Field Museum, associate professor at the University of Chicago, and one of the paper's authors. "Imagine multiplying that by a factor of a thousand or ten thousand." To contextualize that, in a typical year, one thousand semi trucks' worth of interplanetary dust fall to Earth. In the couple million years following the collision, it'd be more like ten million semis.

"Our hypothesis is that the large amounts of extraterrestrial dust over a timeframe of at least two million years played an important role in changing the climate on Earth, contributing to cooling," says Heck.

"Our results show for the first time that such dust, at times, has cooled Earth dramatically," says Birger Schmitz of Sweden's Lund University, the study's lead author and a research associate at the Field Museum. "Our studies can give a more detailed, empirical-based understanding of how this works, and this in turn can be used to evaluate if model simulations are realistic."

To figure it out, researchers looked for traces of space dust in 466-million-year-old rocks, and compared it to tiny micrometeorites from Antarctica as a reference. "We studied extraterrestrial matter, meteorites and micrometeorites, in the sedimentary record of Earth, meaning rocks that were once sea floor," says Heck. "And then we extracted the extraterrestrial matter to discover what it was and where it came from."

Extracting the extraterrestrial matter--the tiny meteorites and bits of dust from outer space--involves taking the ancient rock and treating it with acid that eats away the stone and leaves the space stuff. The team then analyzed the chemical makeup of the remaining dust. The team also analyzed rocks from the ancient seafloor and looked for elements that rarely appear in Earth rocks and for isotopes--different forms of atoms--that show hallmarks of coming from outer space. For instance, helium atoms normally have two protons, two neutrons, and two electrons, but some that are shot out of the Sun and into space are missing a neutron. The presence of these special helium isotopes, along with rare metals often found in asteroids, proves that the dust originated from space.

Other scientists had already established that our planet was undergoing an ice age around this time. The amount of water in the Earth's oceans influences the way that rocks on the seabed form, and the rocks from this time period show signs of shallower oceans--a hint that some of the Earth's water was trapped in glaciers and sea ice. Schmitz and his colleagues are the first to show that this ice age syncs up with the extra dust in the atmosphere. "The timing appears to be perfect," he says. The extra dust in the atmosphere helps explain the ice age--by filtering out sunlight, the dust would have caused global cooling.

Since the dust floated down to Earth over at least two million years, the cooling was gradual enough for life to adapt and even benefit from the changes. An explosion of new species evolved as creatures adapted for survival in regions with different temperatures.

It's tempting to think that today's global warming could be solved by replicating the dust shower that triggered global cooling 466 million years ago. But Heck says he would be cautious: "Geoengineering proposals should be evaluated very critically and very carefully, because if something goes wrong, things could become worse than before."

While Heck isn't convinced that we've found the solution to climate change, he says it's a good idea for us to be thinking along these lines.

"We're experiencing global warming, it's undeniable," says Heck. "And we need to think about how we can prevent catastrophic consequences, or minimize them. Any idea that's reasonable should be explored."

Caption: This is an illustration of the giant asteroid collision in outer space that produced the dust that led to an ice age on Earth.

Caption: This is a 466-million-year-old fossil meteorite, created in the same asteroid collision that caused the dust that led to an ice age. Along the top of the photo is the fossil of a squid-like creature called a nautiloid.

Caption: These are cliffs made of sedimentary rock that was once an ancient seabed. The gray horizontal line in the rock shows where the dust from the asteroid collision fell.