Testing for early postoperative fever in pediatric patients is often costly and unnecessary. 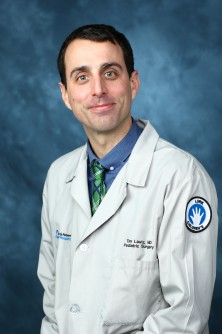 Newswise — Despite a low likelihood of positive results, children who develop fever in the first two days after surgery are often subjected to non-targeted, costly and invasive testing. This is according to a study that was recently published in the Journal of Pediatric Surgery.

This conclusion has been widely recognized in adult patients undergoing surgery, but this is the first large-scale study to verify this finding in children.

“Post-operative fever is a common occurrence after surgery,” says Timothy Lautz, MD, a pediatric surgeon at Ann & Robert H. Lurie Children’s Hospital of Chicago and senior author of the study. “Fever may be part of the body’s expected inflammatory response after surgery, and is rarely due to infection. Testing for infectious sources of fever is not usually required.”

Nearly 7000 children who underwent elective, inpatient operations in a variety of subspecialties at Lurie Children’s were studied. Approximately 30 percent of these patients developed fever in the first two days after surgery. Culture of the urine and blood, and x-ray of the chest were performed in 20-40% of patients with fever, but fewer than 5% of children with post-operative fever had positive results for any of these tests.

Patients undergoing general, orthopaedic or neurological surgeries had the highest incidence of postoperative fever, according to the study, but were no more likely to have an infection. Furthermore, children who stayed in the intensive care unit or who had particularly high fever were more likely to undergo testing, but no more likely to have an identified infection.  The vast majority of children with an infectious source of fever had an identifiable risk factor, such as the presence of a urinary catheter or central venous catheter.

“Prior to this study, pediatric-specific data on this topic was limited,” says Kristine Corkum, MD, a general surgery resident at Northwestern University, Feinberg School of Medicine and lead author of the study. “These findings will help us reduce unnecessary testing in children with postoperative fever, shortening their hospitalization and improving their hospital experience.”

Lurie Children’s is the only children’s hospital in Illinois and one of only a very few in the country, recognized by the American College of Surgeons as a Level I pediatric surgery center, the highest quality designation possible.  It is ranked as one of the nation’s top children’s hospitals in the U.S. News & World Report, and is the pediatric training ground for Northwestern University Feinberg School of Medicine. Last year, the hospital served more than 208,000 children from 50 states and 58 countries.