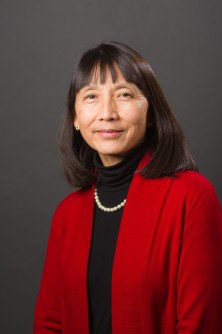 Newswise — New Haven, Conn. — Lung cancer is the second most common cancer in both men and women, and is by far the leading cause of cancer death among both men and women. In 2017, the American Cancer Society estimates more than 200,000 new cases of lung cancer will be diagnosed in the United States, with more than 150,000 deaths. Lung cancer screening is now approved in the United States, and can help detect cancer early, when it is most curable.

With November Lung Cancer Awareness Month, Lynn Tanoue, MD and Polly Sather, MSN, APRN, from the Lung Screening and Nodule Program at Yale Cancer Center, talk about lung cancer screening and why it can save lives.

1-Why is lung cancer screening important?

“We know from clinical trials, that lung cancer screening saves lives in men and women who are at high risk for the disease,” said Tanoue. “The largest of these, the National Lung Screening Trial, demonstrated a 20 percent decrease in lung cancer deaths in people getting screened annually. Patients with early-stage lung cancer can be treated more effectively than those who have advanced disease.”

2-How do we perform lung cancer screening and is it new?

The best test used to screen for Lung Cancer is a low dose chest computed tomography (CT) scan. “This type of scan uses less radiation,” said Sather. “There is no need for contrast dye, no needles or IV’s, and even people who have trouble with claustrophobia do fine because it takes only a few minutes.”

3-Who should be (is eligible) screened for lung cancer?

“Lung cancer screening is not appropriate for everybody,” adds Tanoue. “You qualify for screening if you are between 55 and 80 years old, smoke now or have quit within the last 15 years, and have a history of heavy smoking – meaning someone who has smoked the equivalent of one pack of cigarettes a day for 30 years.”

4-Which factors put patients at a higher risk for lung cancer?

Tobacco use is by far the leading risk factor for lung cancer. “Having a family member with lung cancer does slightly increase your risk,” said Sather. “Environmental exposures, especially to radon or asbestos, also play a role in a patient’s lung cancer risk.”

5-Are there risks to lung cancer screening?

“There are risks to lung cancer screening including exposure to a small amount of radiation,” said Tanoue. “We also know that many people who have a CT scan will be found to have small spots (nodules) in the lung, most of which are not cancer. Most of these small nodules do not require more than routine follow up/evaluation, but even this can cause some anxiety.”

A decision-support visit to discuss the screening process is a required part of lung cancer screening.  “Including this discussion and evaluation is important as lung cancer screening is not just simply about getting a CT scan,” adds Sather. “An individual should understand his or her personal risk for lung cancer, be aware of the benefits and potential risks of screening, and participate in the decision process to undergo screening.”

About Yale Cancer Center
Yale Cancer Center (YCC) is one of only 49 National Cancer Institute (NCI-designated comprehensive cancer) centers in the nation and the only such center in southern New England. Comprehensive cancer centers play a vital role in the advancement of the NCI’s goal of reducing morbidity and mortality from cancer through scientific research, cancer prevention, and innovative cancer treatment. www.yalecancercenter.org