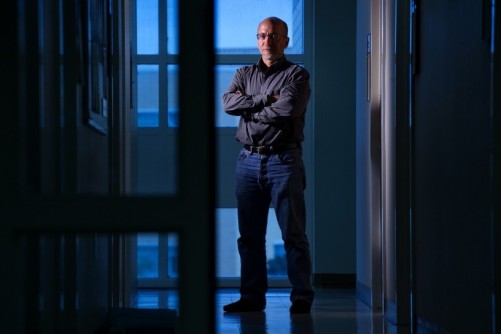 “The EITC not only provides more resources to low-income families, but – because of the pro-work incentives – also boosts how much they earn on their own,” says study co-author David Neumark, UCI Chancellor’s Professor of economics and director of the campus’s Economic Self-Sufficiency Policy Research Institute. Steve Zylius / UCI

Newswise — Irvine, Calif., Jan. 9, 2018 — The earned income tax credit may be one of the most effective pro-work, anti-poverty mechanisms the United States has instituted. Proposed expansions of it generally cite extensive research that focuses only on its short-term benefits. But a new study from the University of California, Irvine suggests that a more generous EITC would also boost women’s earnings over the course of their working lives.

“Previous research has focused nearly exclusively on the short-term effects on employment, showing that a more generous EITC increases employment among women, especially low-skilled, single mothers, while also reducing poverty,” said Chancellor’s Professor of economics David Neumark, director of UCI’s Economic Self-Sufficiency Policy Research Institute and co-author of the study. “But the evidence ignores a potential longer-run benefit of the EITC. We might expect that the cumulative effects of working more also increase women’s earnings over time, and that is what we found.”

Most research has looked at how effective the EITC is in getting people into the work force and the subsequent initial employment benefits, with only one prior study examining the resulting growth in earnings over five years. This study takes a much longer-term perspective.

Neumark and co-author Peter Shirley, a Ph.D. student in economics at UCI, analyzed data from the longitudinal Panel Study of Income Dynamics to characterize women’s exposure to the federal and state EITC between the ages of 22 and 39, corresponding roughly to their first two decades of adulthood and the period in which most bear and raise children.

According to the National Women’s Law Center, more than 1 in 8 women, almost 16.3 million, live in poverty in the United States, with rates particularly high among minority women and single-mother households. A boost in earnings for this group is no small matter, as nearly 60 percent of poor children live in female-headed families.

“The scale of the problem is huge,” Neumark said. “But there’s no question the EITC is working in both the short term and the long term. Policymakers would be hard-pressed to find a more effective anti-poverty policy, and for that reason, there is generally bipartisan support for the EITC. This research strengthens the case even more by showing that the EITC not only provides more resources to low-income families, but – because of the pro-work incentives – also boosts how much they earn on their own.”

The research was supported by a grant to UCI’s Economic Self-Sufficiency Policy Research Institute from the Laura and John Arnold Foundation and the Smith Richardson Foundation.

Economics In the Workplace Poverty Women in Business Local - California