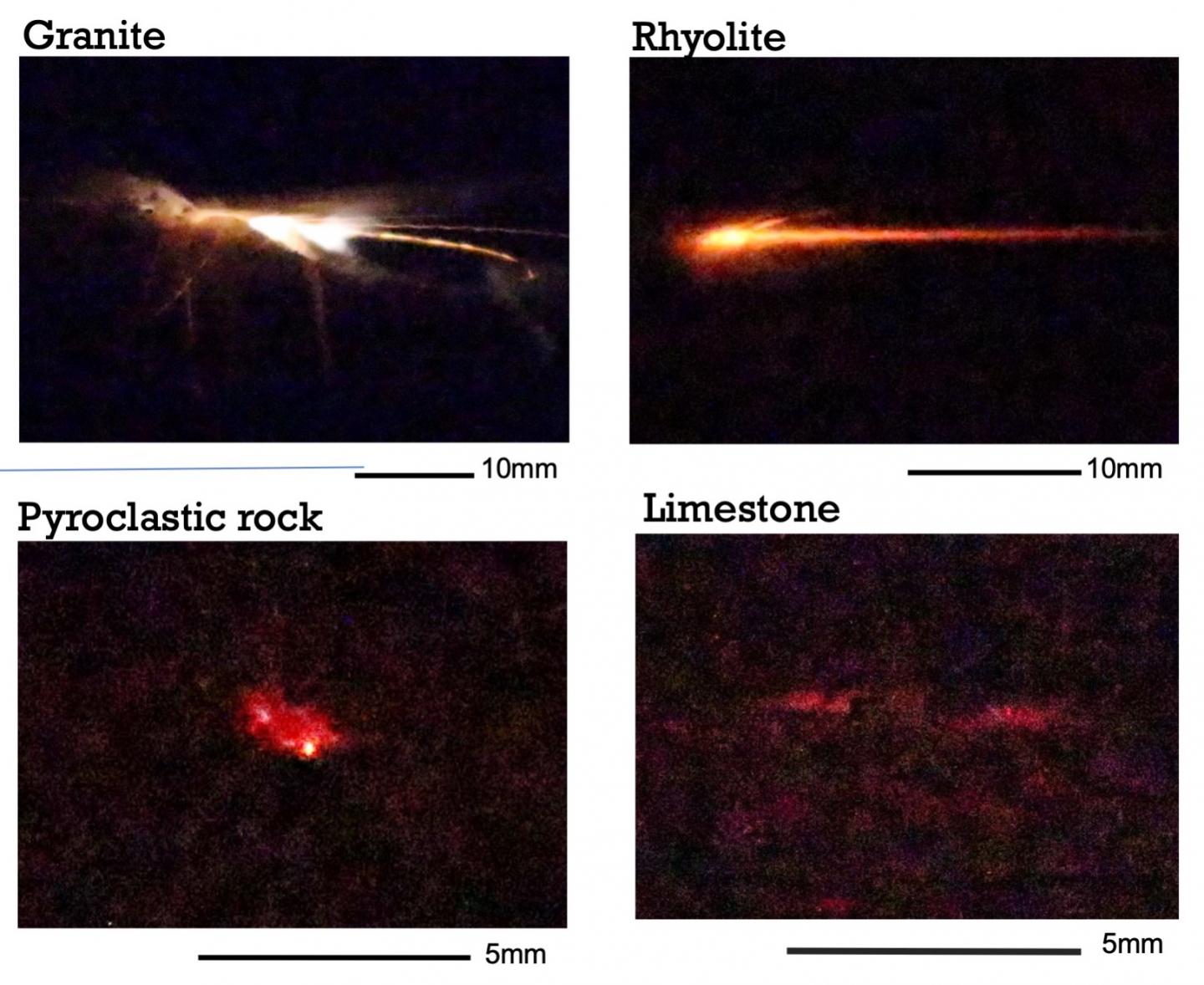 Luminescence due to rock impact

Newswise — Were you aware that earthquakes are sometimes associated with luminescence, called earthquake lightning? This phenomenon had been documented throughout history, such as between 1965 and 1967, the Matsushiro earthquake swarm caused the surrounding mountain to flicker with light multiple times. In 1993 when an earthquake caused a tsunami off the coast in Southwest Hokkaido which caused 5 boats resting at shore to instantly ignite and burn. Various models have been proposed to explain earthquake lightnings, and it seems as though various factors contribute to such light emissions. Professor Emeritus Yuji Enomoto of Shinshu University, first author of the study Laboratory investigation of earthquake lightning due to landslide does not think these incidents can be explained in a unified way using a single model.

Therefore, the study focused on luminescence phenomenon caused by landslides. The team picked out various types of rock that form mountains representative of land across Japan; granite, pyroclastic rocks, rhyolite, limestone and serpentinite. What he found was that different rocks have different reasons for luminescence and some rocks such as serpentinite does not emit light at all.

You can probably imagine how light can be emitted when rocks collide violently. However, the luminescence of rocks is instantaneous and faint. For this reason, ultra-sensitive, high-speed, high resolution cameras and spectroscopes were required for the study. Fortunately, excellent cameras with an ISO sensitivity of 25,600 was available in the market at relatively low prices. For ultra-sensitive spectrum analysis, a device suitable for the purpose was commercially available but too expensive. Fortunately, the research team was able to borrow one from Konica Minolta, and the difficulty of continuing research was solved. Please view the attached video to see the method of the experiment, and different visual observations of the types of light emitted.

There are many cases in which electromagnetic anomalies associated with earthquakes have been documented while the cause remains a mystery. Even though it is a rare phenomenon, Professor Emeritus Enomoto feels an obligation as a Geo-tribologist to elucidate such phenomena. He hopes understanding such phenomena will lead to the advancement of earthquake prediction and promote active disaster prevention.

During the 2011 magnitude 9.0 Tohoku-Oki Earthquake, the number of electrons in the ionosphere suddenly increased above the epicenter of the earthquake about 10 minutes after the earthquake struck. Professor Emeritus Enomoto has studied this incident and proposed the lithosphere-hydrosphere-atmosphere-ionosphere coupling model in terms of current generation of charged mists. He is currently working to elucidate why in 1995, during the Hyogo-ken Nanbu Earthquake, the sky in the West which ordinarily remains dark became brighter than usual, and the color changed from bluish purple, white, then red. This is a difficult task. Professor Enomoto hopes to put together a research-outreach book that explains these incidents so that they can be understood by a wider audience.