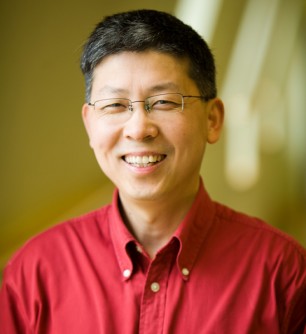 Bucknell University Associate Professor of Political Science and International Relations Zhiqun Zhu is an expert in East Asian politics. Zhu, the MacArthur Chair of East Asian Politics at Bucknell, has published several books and is frequently used as an expert source in international media.

Quotes:"I don't think it's North Korea's intention to stage a war or attack America, because they know it's going to be suicidal for them."

"It's very dangerous right now. North Korea has become more belligerent than before, and the United States is also getting more prepared, launching its new missile defense program and dispatching more ships and fighter jets to the region. So the situation is really very tense — very dangerous. If there is any miscalculation on either side, a real conflict may break out."

"It is unrealistic to rely solely on China in this situation. If China puts a lot of pressure on North Korea, the Kim regime may collapse, which may lead to a huge number of North Korean refugees crossing into China. That will create tremendous political, economic, social and humanitarian challenges for China."

"No matter how much you dislike North Korea's young leader Kim Jong Un, you still need to talk to the regime directly, otherwise the problem will persist and North Korea will continue to provoke the United States and South Korea. They may even start a low-level conflict which will easily escalate into a larger scale war, so it's advisable for the United States to do more than military preparedness."

Media interested in talking with Zhu can contact Andy Hirsch, Bucknell's director of media communications, at [email protected] or (570) 238-1561.