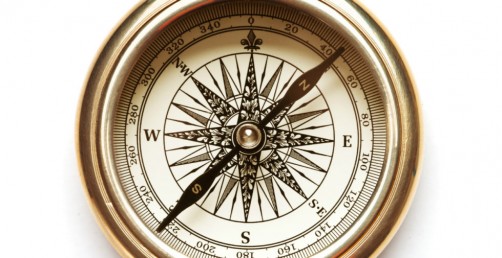 If MBAs are going to thrive in a global economy, they need to be aware not only of linear analytics and Western economics, but also aspects of Eastern philosophy, like letting go of desire and control — perhaps unexpected lessons at a business school. “Strategic intuition” emphasizes an open mind and detachment as well as flexibility, which together provide you that moment of insight into how to proceed, when everything falls into place. The concept was advanced by William R. Duggan in a book of the same title, which entreats you to build an inventory of experiences and stories on the “shelves of the mind” — if the shelves of your mind are replete with information and examples (Darden’s case method contributes to this), you are more likely to make important connections and experience those moments of insight.

A follow-up to his regular strategy seminar, Bourgeois created this course because years of teaching, researching and consulting on corporate strategy left him convinced that solutions tend to come not from linear analysis — although this analysis is certainly useful at the beginning — but from a flash of insight.

Inventiveness and other nonmeasurable intangibles, he claims, consistently prove to be more valuable than specific products. Capabilities are more important than tangible assets.

To develop these capabilities, students read military, political and religious texts from India, Japan, and China that exposed them to Hindu, Shinto, Confucian and Buddhist philosophies.

This diversity of Eastern points of view meant that even students who grew up with some of these texts and ideas learned new things — or were motivated to critically analyze them for the first time.

Students with prior experience in yoga, mindfulness and meditation often had little to no idea about the ideas underpinning these practices.

Says Serge Eygensen (MBA ’17), who took the course, “The Bhagavad Gita, the Tao Te Ching, The Art of War — these texts were written thousands of years ago, long before corporate America, Wall Street or tech startups were even a glimmer on civilization’s horizon. Yet, when read through the lens of business strategy, these ancient texts, to my surprise, offered a variety of practical and tactical advice on how to succeed in competitive business environments and create growth for your company.”

Other students also recommend The Book of Five Rings, a samurai manual that advocates for empathy, albeit from the vantage point of defeating an enemy. For a more modern synthesis, try Duggan’s Strategic Intuition.

Having highlighted the importance of both theory and practice to evoking strategic intuition, the class replicated this model: Students put the principles from their reading to the test with experiential learning activities. For instance, they learned how to play Go — an Eastern game comparable to chess in which the best strategy focuses on flexibility, willingness to change and long-term vision, rather than “winning.” A class on aikido demonstrated not only centeredness but also how soft actions can yield a hard result. They met a successful M.D. in Charlottesville who chose to focus her practice on acupuncture. A session on mindfulness led by Professor Lili Powell integrated many of the lessons.

Throughout the course, Bourgeois emphasized the practices of mindfulness and cultivating a “beginner’s mind.”

A former CEO of Esso Brazil decided to build a big refinery, but as the country was politically unstable at the time, the idea was fraught with problems. So, after making the decision, he stepped away for three weeks. When he revisited the issue, he and his team devoted themselves to making the argument for not building the refinery. While they ultimately did build it, the CEO credited their success with having anticipated all possible problems ahead of time. (This CEO was Bourgeois’ father.)

We can also cultivate this bias for inaction in our personal lives. Metromedia founder John Kluge told Bourgeois that he credited a critical personal shift to an offhand comment from a Chinese friend visiting him in New York. Seeing their subway train pulling into the station, Kluge started to dash for it. But the friend caught him by the arm and asked, “When will the next subway come?” When Kluge admitted, “Three minutes,” the friend responded, “Then why are you rushing?” The lesson of relinquishing the need to control — and the value of patience — stuck with him.

While classical music is great in its own right, orchestras are the wrong model for intuitive, strategic leadership. While most people think the conductor is in charge, in fact, all the conductor can do is uphold (and interpret to a limited extent) a predetermined score. In reality, the composer has already set the parameters for the conductor. This model is far too rigid.

In a jazz band, on the other hand, the soloist is in charge in a very different way. The other band members adjust their playing to best complement the soloist’s interpretation of the original melody. The members may alternate as soloists, and with each change comes a new interpretation. The celebrated jazz singer Billie Holiday was said to never sing any song the same way twice. This is the adaptability and creative teamwork that Bourgeois sees as essential for a successful organization — and the leader at its helm.

Bourgeois is an expert in business strategy, its implementation, mergers and acquisitions, and post-merger integration. He has consulted more than 100 public and private corporations, nonprofits and governments across the globe.

The author of a forthcoming book on post-merger integration and two books on strategy, Strategic Management: From Concept to Implementation... Learn More