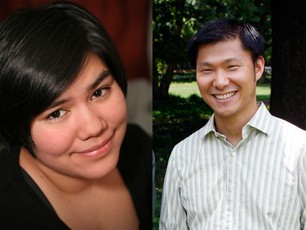 Newswise — Vanderbilt University researchers have discovered that early visual areas, long believed to play no role in higher cognitive functions such as memory, retain information previously hidden from brain studies. The researchers made the discovery using a new technique for decoding data from functional magnetic resonance imaging or fMRI. The findings are a significant step forward in understanding how we perceive, process and remember visual information. The results were published Feb. 18 online by Nature.

"We discovered that early visual areas play an important role in visual working memory," Frank Tong, co-author of the research and an associate professor of psychology at Vanderbilt, said. "How do people maintain an active representation of what they have just seen moments ago? This has long been a conundrum in the literature.

"Before, we knew that early visual areas of the cerebral cortex that are the first to receive visual information were exquisitely tuned to process incoming visual signals from the eye, but not to store this information," Tong said. "We also knew that the higher-order brain areas responsible for memory lack the visual sensitivity of early brain areas, but somehow people are able to remember a visual pattern with remarkable precision for many seconds, actually, for as long as they keep thinking about that pattern. Our question was, where is this precise information being stored in the brain?

"Using a new technique to analyze fMRI data, we've found that the fine-scale activity patterns in early visual areas reveal a trace or something like an echo of the stimulus that the person is actively retaining, even though the overall activity in these areas is really weak after the stimulus is removed," Tong continued.

"Visual cortex has always been thought to be more stimulus driven and has not been implicated in cognitive processes such as memory or active maintenance of information," Stephenie Harrison, lead author of the research and a graduate student in the Vanderbilt Psychology Department, said. "By using a neural decoding technique, we were able to read out what people were holding in their visual memory. We believe this sustained visual information could be useful when people must perform complex visual tasks in everyday life." Research subjects were shown two examples of simple striped patterns at different orientations. They were then told to hold either one or the other of the orientations in their mind while being scanned using fMRI. Orientation has long been known to be one of the first and most basic pieces of visual information coded and processed by the brain.

"Through both evolution and learning, the visual system has developed the most efficient ways to code our natural environment, and the most efficient way to code any basic shape or contour is orientation," Tong said. "We used a decoding method to see if the activity patterns contained information about the remembered orientation, and we found that they do. By analyzing responses over several trials, we were able to accurately read out which of the two orientation patterns a subject was holding in his or her mind over 80 percent of the time."

The researchers found that these predictions held true even when the overall level of activity in these visual areas was very weak, no different than looking at a blank screen. This suggests that the act of remembering an image leaves some sort of faint echo or trace in these brain areas. These activity traces are weak but are quite detailed and rich in information.

"By doing these pattern analyses, we were able to find information that was hidden before. We do not know for sure, but it's possible that a lot of information in the brain might be hidden in such activity patterns," Tong said. "Using this decoding technique and others, neuroscientists might get a better understanding of how the brain represents specific cognitive states involving memory, reminiscing, or other visual experiences that do not obviously lead to a huge amount of activity in the visual areas."

Tong and Harrison are members of the Vanderbilt Vision Research Center. The research was supported with funds from the National Eye Institute, the National Institutes of Health, and the Natural Sciences and Engineering Research Council of Canada.